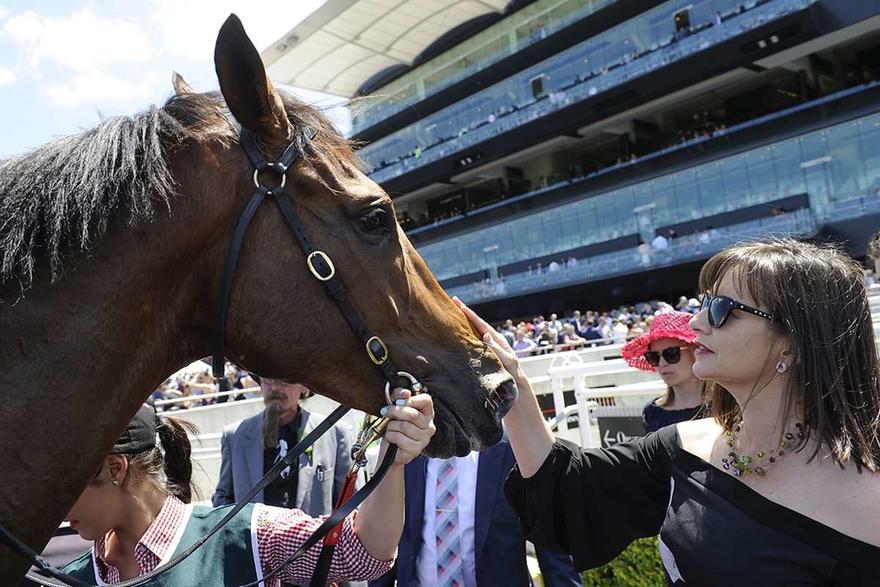 Speedy filly Diplomacia kick-started Team Snowden’s run of winners in the TAB.COM.AU 3YO Class 1 Handicap (1000m) at Kembla Grange on the first Tuesday in November.

Sheikh Mohammed bin Khalifa Al Maktoum’s filly burst out of barrier six, took up an immediate position at the front and never looked back for an all-the-way win under the guidance of Adrian Layt.

“Gee this filly’s got so much speed.

“It was lovely to watch her get the job done again today. She really held them at bay and railed perfectly against that rail,” said co-trainer Peter Snowden.

Just over an hour and a half later, handy stayer Plot Twist saluted in the Girvan Waugh Handicap (2400m) at Randwick for the Kolivos family.

Piloted by Mitch Bell, Plot Twist sat behind the two leaders in what was a genuine pace until Bell asked the five-year-old Champs Elysees gelding to edge closer and sit three wide on the home turn.

While a son of Mastercrafsman, Der Meister, challenged in the final stages, Plot Twist was just too strong in the end, pulling away for a dominant 1.5 length victory.

“This fellow can stay all day and loves a battle. He was there to be beaten in the straight but the other horse couldn’t get past him.

“Greg and Donna Kolivos put a lot of time and money in to the industry so it’s great to get another win on the board for them.”

Both horses also made it back-to-back victories for their connections.