Champion 2YO Capitalist Retired to Newgate 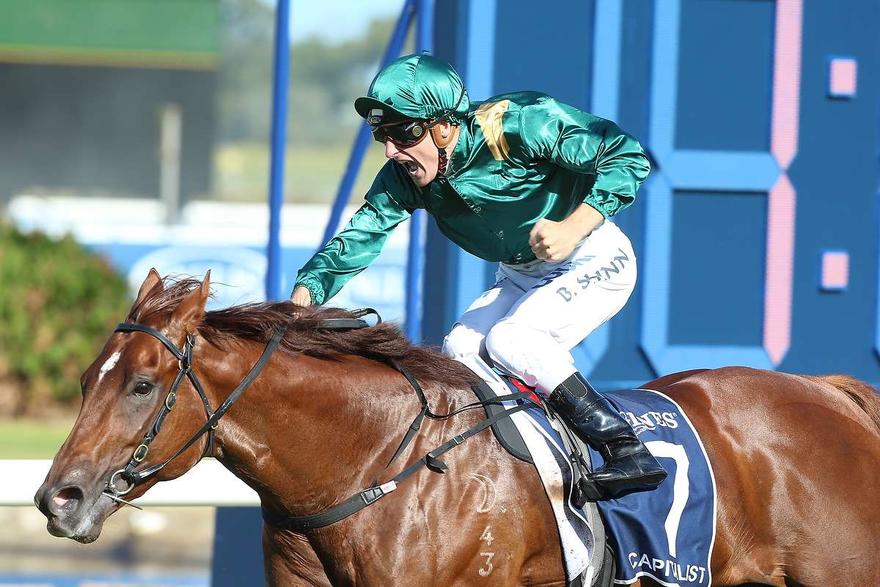 Capitalist, Australian Champion two-year-old in 2015/16, has been retired to stud after coming out of his final piece of work ahead of the Darley Classic with a small fetlock chip.

The injury would require Capitalist to miss the Autumn, and as such connections have decided to retire him to Newgate Farm in preparation for the 2017 breeding season.

Co-trainer Peter Snowden said, “Capitalist was just the perfect two-year-old, blessed with a huge amount of precocity, ability and an excellent temperament.

"I am certain that without this injury he would have gone very close in the Darley Classic as his trackwork at Flemington was exceptional.”

Jockey Blake Shinn was another fan, “Capitalist was the best two-year-old I’ve ever ridden, in the Breeders’ Plate it was like driving a Rolls-Royce.

"He was breathtaking in the Magic Millions and outstanding against a top-class field in the Golden Slipper.”

Capitalist was purchased and managed by James Harron Bloodstock, and of the colt James Harron said, “Capitalist ticked off a number of firsts, the first colt to win the Magic Millions and the Golden Slipper, and the highest-earning juvenile in history.

"I am privileged to be associated with such a freak of a racehorse and such a wonderful group of owners.

"To have a Champion two-year-old who is also a 10/10 physical, marks Capitalist as a hugely exciting stallion prospect, and a huge thanks also have to go to Team Snowden and Blake Shinn for developing Capitalist to such amazing heights."

Capitalist will stand at Newgate Farm in the Hunter Valley. Newgate’s Managing Director Henry Field said, “Australia is all about two-year-old racing, and to have a Champion 2YO standing at Newgate is what everyone strives for.

"Capitalist is the embodiment of what works in Australia - he will be heavily supported by his group of owners, who make up some of the leading breeders in Australia, to give him every chance of becoming a Champion Sire as well as being a Champion racehorse.”

FOOTNOTE: Following Group 1 stars Shooting To Win and Pride Of Dubai, the son of Victoria's Champion stallion Written Tycoon is the third commercial stud prospect which Team Snowden has trained since commencing operation in 2014.