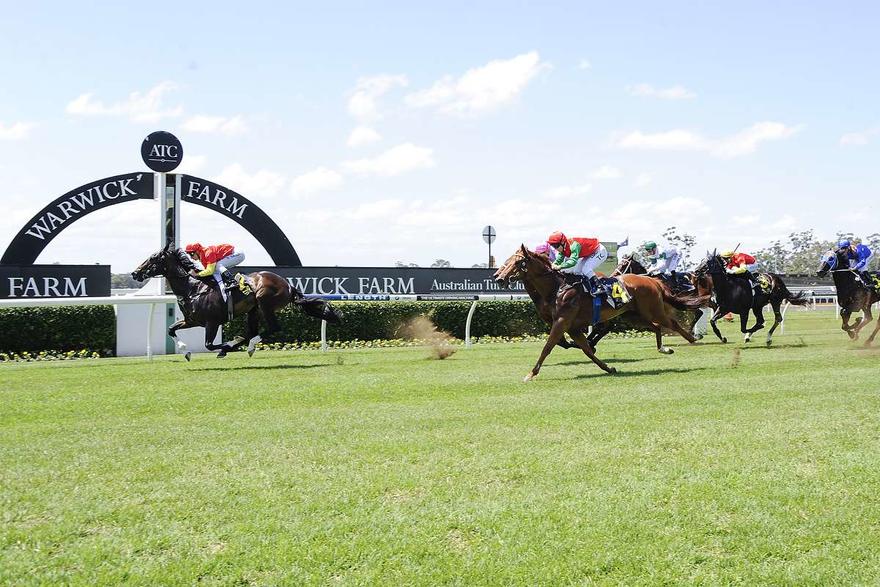 Spruik horse Calanda delivered in spades at just his second career start in the $40,000 Schweppes Maiden Plate (1200m) at Warwick Farm on November 16.

The three-year-old gelding by Snitzel out of Speedy Bell jumped cleanly from barrier five in a field of six and went straight to the front under the guidance of Blake Shinn.

Rated perfectly by Shinn, the pair simply pressed on for a 1.5 length victory over Pelorus Jack for the ownership group which consists of China Horse Club, Newgate S F, Horse Ventures, Em & Jb Rea, and Mr A D Mitchell.

Co-trainer Paul Snowden was all smiles with the short-priced favourite’s win and has Group race ambitions in 2017.

“What was most impressive with the win was the last furlong and a half because when they did get at him, there was a fair bit left in the tank and he accelerated well.

“We’ve always had an opinion of him. He’s always showed us that (speed) at home; he only had one start on a heavy track and acquitted himself well, then had a good spell and prepped up nicely for today.

“There’s plenty of improvement in him but we’ll place him right and hopefully win a nice race," added Snowden.

When asked where the Inglis Easter graduate sits among the three year old troupe in the Snowden stable, Paul said he ‘sits somewhere amongst the top part of the tree’ but it’s still early days yet.

“It’s a good result for the team, Newgate Farm, China Horse Club and the other owners and we’ll assess where he’s at and how he comes through his races, but the Autumn is certainly on his agenda.”

Shinn also believes Calanda is up to black type standard and looks forward to the continued association.

“He felt pretty awesome. He’s still quite raw and inexperienced but has a lot of natural ability and plenty scope.

“He’s got a massive motor and I’m looking forward to his future…He’s up to group standard.

“He’ll be placed perfectly to reach his full potential and I’m sure he’ll end up winning a nice race.”