Another Pearl for Jolie 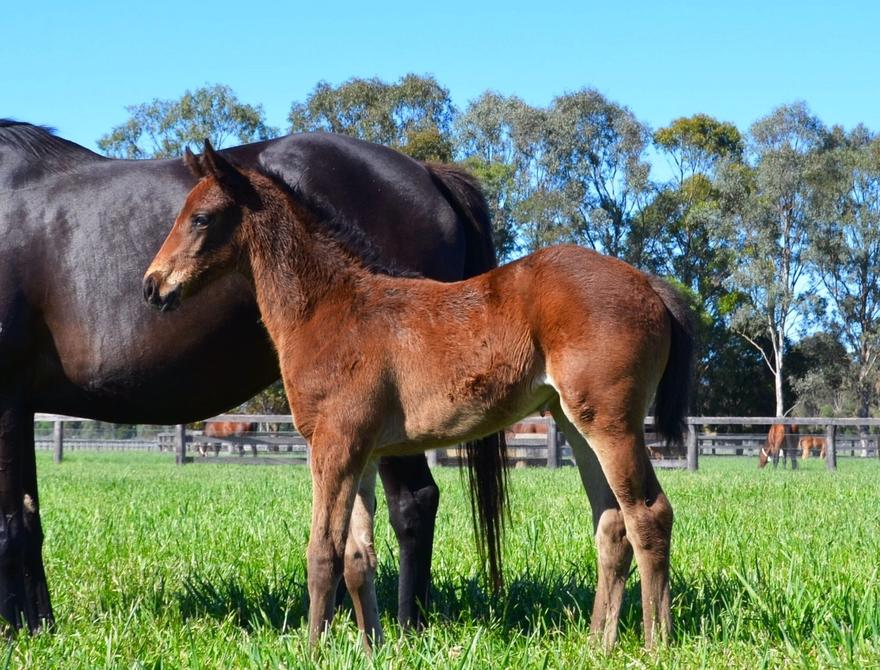 Partnered by apprentice rider Nick Heywood, Jolie’s Pearl jumped well from the barriers but travelled three wide without cover for the entire journey, however Heywood was able to keep the three-year-old in a comfortable rhythm.

Carrying the cerise and white colours of West Australian owner-breeder Bob Peters, who co-owns the filly with Coolmore Australia, Jolie’s Pearl joined the leader My Milly Moo in the final 100 metres for a head-to-head battle, coming out on top by a nail biting 0.1 of a length.

Fresh from an impressive last start trial win at Rosehill on November 7, co-trainer Peter Snowden was delighted with the victory, and looks forward to getting to the bottom of her.

“She’s a lovely filly who’s shown us great potential at home but you want to see them do it on raceday.

“You could see that she wanted to win and showed great tenacity to stick her neck out when it counted.

An $850,000 Inglis Easter purchase, Jolie’s Pearl is by Coolmore’s Champion Australian Sire Fastnet Rock and is the third winner for Singapore Horse of the Year, Jolie's Shinju (JPN).