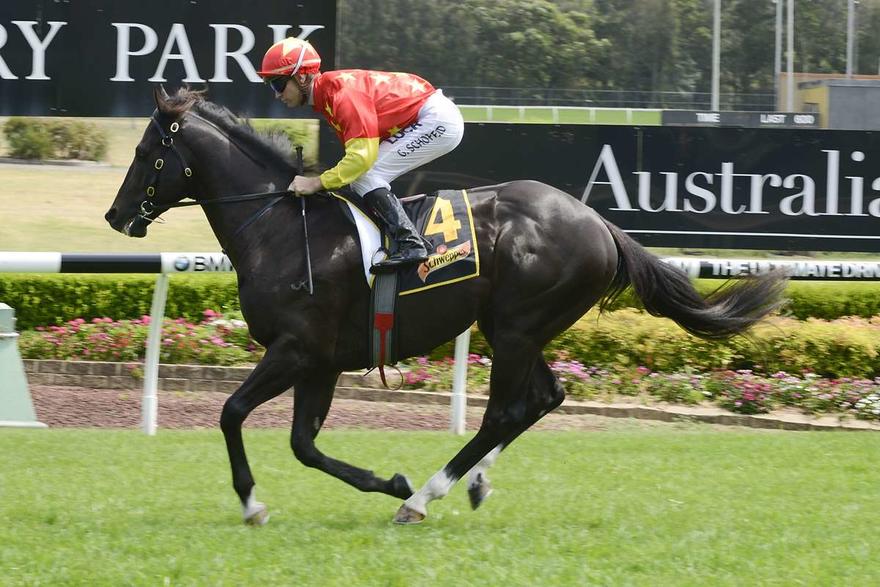 At just his second race start, gifted colt France broke his maiden status in the $40,000 Schweppes Plate (1200m) at Canterbury on November 30.

By Redoute’s Choice out of Miss Marielle, dam of Group winner Peeping, France raced handy on the speed under Glyn Schofield in third position behind El Venetian and Armet, until the pair loomed up three wide on the home turn.

It was early in the home straight that the talented three-year-old easily accounted for Armet although a ding-dong battle ensued with El Venetian, despite the leader laying out briefly in the dying stages, however victory went to France as he was too strong in the end.

“We suffered a bit of interference there with the other horse coming in underneath and giving him a bit of a bump but he picked himself up and did a good job,” explained co-trainer Peter Snowden.

“He’s come back a bigger and stronger horse now who’s just got a fantastic attitude, and a great pedigree…A brilliant horse to work with who’s well-related.”

Having come off a strong trial win at Gosford on November 11, Snowden said the colt has significantly improved this time in.

“He trialled well at Gosford and has improved out of sight this preparation. He’s still quite soft and new but he’s got talent.”

“Henry Field and Michael Wallace are the two main men that we deal with through the China Horse Club and we’ve been very lucky to get quite a lot of their yearlings. I can’t thank them enough,” added Snowden.

Impressed with the performance despite going down to the wire, Schofield said the horse has great attitude and mentality.

“When you’re on a Snowden horse it makes it a lot easier!

“The second horse came out when I joined him and bumped my guy but he’s a lovely little horse to ride and has got a great attitude-mentality.

“He’s given a good performance today…He’s matured a lot and there is a lot to like about him; he had a good blow at the end so I think there’s a little bit to work with.”