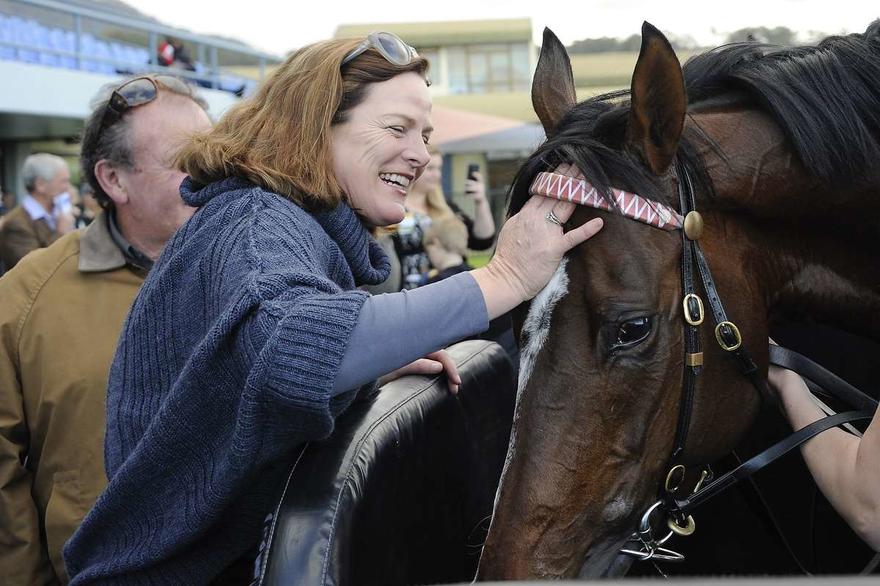 Ever-consistent son of Northern Meteor Zaunkonig, held on for a gritty win in the $30,000 Mitsubishi Electric Australia Benchmark 70 Handicap (1350m) at Newcastle (Beaumont) on December 3.

The four-year-old gelding bounced beautifully from barrier six under apprentice Travis Wolfgram however the pair got caught wide early, which forced them to press forward three wide behind the leader (Caught Victory) until an opportunity became available to slip in two off the fence approaching the home turn.

Once steadied in the straight, Zaunkonig, who was first up this preparation, moved to the front and held off a fast finishing Obsidian by a head winning margin, to give his delighted owner Miss Carla Thomas [pictured], a third victory from nine career starts, which includes a second and two third placings.

“This horse is a model of consistency,” said co-trainer Peter Snowden.

“He always tries hard and puts himself in to the race – he’s as honest as they come.

“Travis’ timing during the run was spot on too, it was a good win and we’ll continue to map out a nice programme which will hopefully see him back in the winners’ stall again soon considering he’s only first up today.”