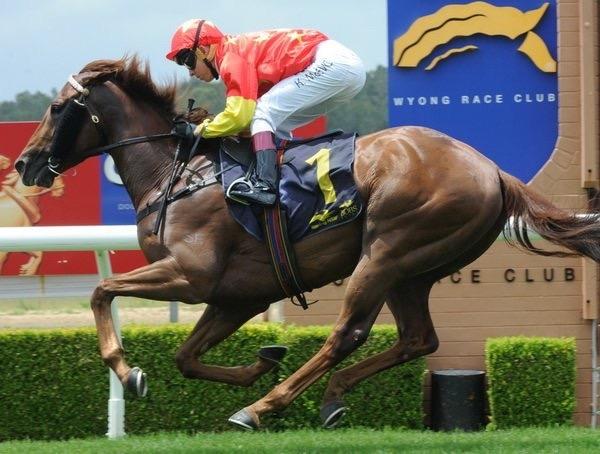 Amazing Story blew rivals away to record a maiden victory at just his second start in the 3YO+ CG&E Maiden Handicap (1200m) at Wyong on December 7.

The three-year-old jumped fairly from the inside barrier for in-form hoop Kerrin McEvoy however quickly mustered to take control of the race and basically dominate for an all-the-way win ahead of Australia Justice.

Stable representative Jackson Beirs said it was a nice victory with the addition of winkers being a key factor.

“Peter and Paul thought he’d take some improvement out of his first run to today and we added winkers to keep him focussed. It looked to do the job,” said Beirs.

“He’s a horse that’s taken a little while for the penny to drop and needed to be gelded to reach his full potential [as a racehorse] but he’s on the way now and we’ll take him home and then work him through his classes.”

McEvoy, who rode the gelding by Street Cry (IRE) out of Amazing Tale (USA) on debut said his maiden performance was much more flattering than it looked and that the horse has plenty of improvement yet.

“He ran well at Canterbury after beginning only fairly in a race that suited the front markers. Even though he was beaten three and a half lengths he finished off strongly.

“Today he’d come on with the experience, drew well, had the winker’s on and we were able to make use of the good barrier.

“Brenton pressured me a little around the corner but I had my horse up and running around the 250 so it was a matter of keeping him going,” added McEvoy who continues to ride in career best form.

“His heart is in the right place, he has a nice amount of ability and will keep heading in the right direction.”