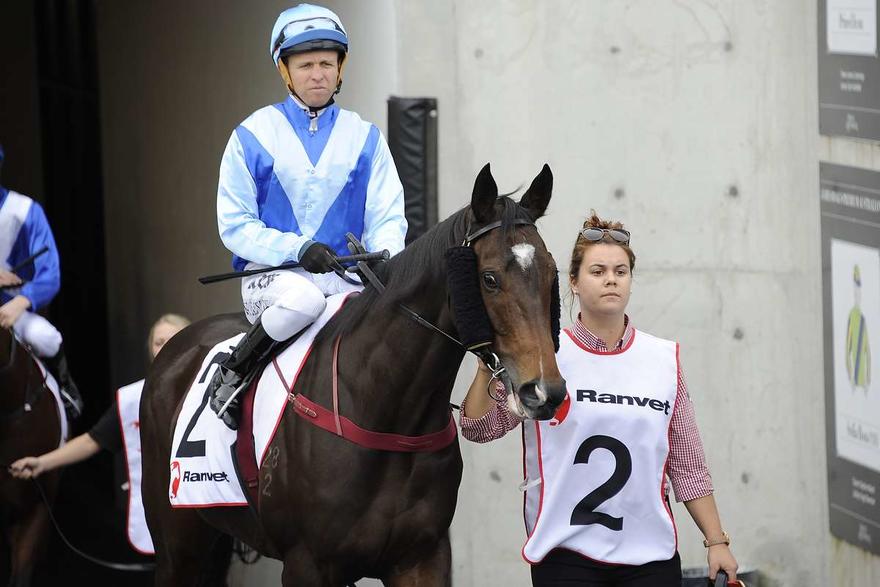 Ridden perfectly by Kerrin McEvoy who scored a winning double, Ravi was given a cosy rails run midfield until the pair pulled out wide on the home turn to extend home beautifully for 3.3 length victory ahead of Unequivocal.

The Kia-Ora Stud bred and owned four-year-old had two starts in Melbourne during the spring, finishing fourth in the Group 3 Northwood Plume at Caulfield in October before a last start fifth in the Listed MSS Security Stakes at Flemington on Melbourne Cup Day where stable mate Flippant took honours.

On hand at Eagle Farm to oversee runners, co-trainer Peter Snowden said Ravi, who’s now won five of her eleven starts for close to $300,000 in career earnings, had always shown stakes level ability and that they would now focus on an Autumn and Winter campaign.

“She deserved that win today. She’s had some good runs this preparation and always shown good ability - certainly at stakes level,” said Snowden.

“She was disappointing at her last start in Flemington but her Caulfield run (prior) was excellent.“I intended to give her a break after the spring but she blossomed and I thought there was another run in her.

“She’s a Redoute’s Choice filly and if you can get a good one they normally go on…She just might be the one.”

“We’ll probably send her to the paddock now and she’ll come back for the Sydney Autumn and possibly back here for the Brisbane Winter as she likes the soft ground.”

McEvoy added that the mare has further furnished into a lovely racehorse with more stakes success horizon.

“That was a nice race for her. On paper we thought we’d get a nice passage along and she was too good.

“She’s a handy mare now and this was a lovely black type race for her to step up in.

“She’s just furnished more. Peter and Paul have been patient with her and they’re reaping the rewards now.”

As reported by Breednet, Ravi is a sister to the Listed Newbury Carnarvon Stakes winner and multiple Group 2 placed Elzaam, and is the seventh foal of the winning Kingmambo mare Mambo In Freeport (USA), a half-sister to Grade 1 Debutante Stakes winner Point Ashly (Point Given) and Grade 2 winner Raw Gold (Rahy) the dam of multiple Listed winner Kadira (Kafwain).