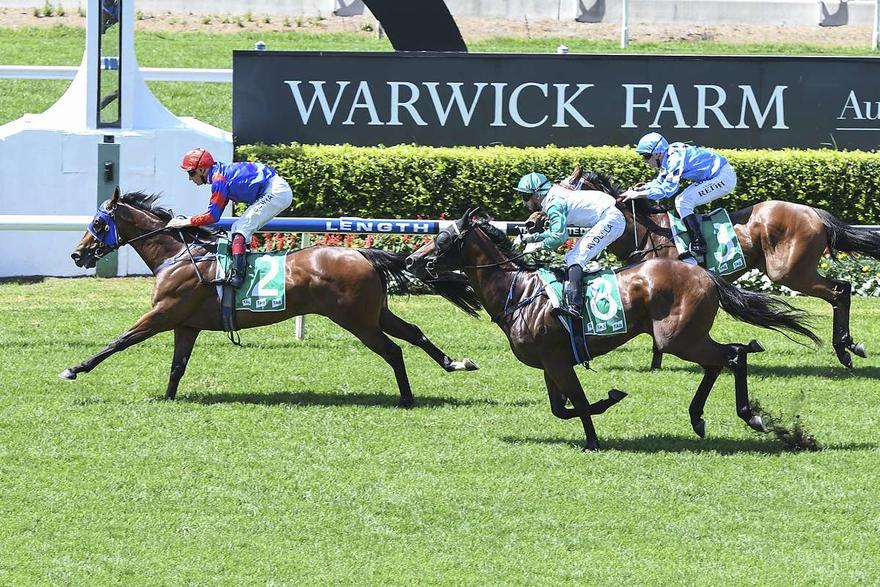 The son of I Am Invincible was slow to get away, however champion hoop Hugh Bowman bid his time at the rear of the field and expertly picked him way through the field to score decisively by a length ahead of The Pharoah for owners Greg and Donna Kolivos.

“He showed last preparation a tendency to be a little bit slow in to stride, and that’s exactly what happened again today. Full credit to Hughie - that was the perfect ride,” said co-trainer Paul Snowden.

“He didn’t panic, he let them all flush out and just picked his way through; it was very well done.

“He not big but he’s got a bit of heart this horse, he likes to tough things out, and when he got that split late at the furlong we knew he was going to finish off because he had done no work early on with the good solid tempo up front.”

Bowman added that it was a “nice win” and that there should be “more in store” for the $300,000 Inglis Classic purchase from Yarraman Park.

“It was a nice win. We were hoping to land a little closer than we did but he was a little uneasy in the barrier which caused him to miss the traction and settle towards the rear.

“I liked the way he hit the line and I think he’s got more in store.

“He’s a horse that just needs things to go his way and probably lacks a little bit of confidence so he’ll take a lot from today’s performance.”