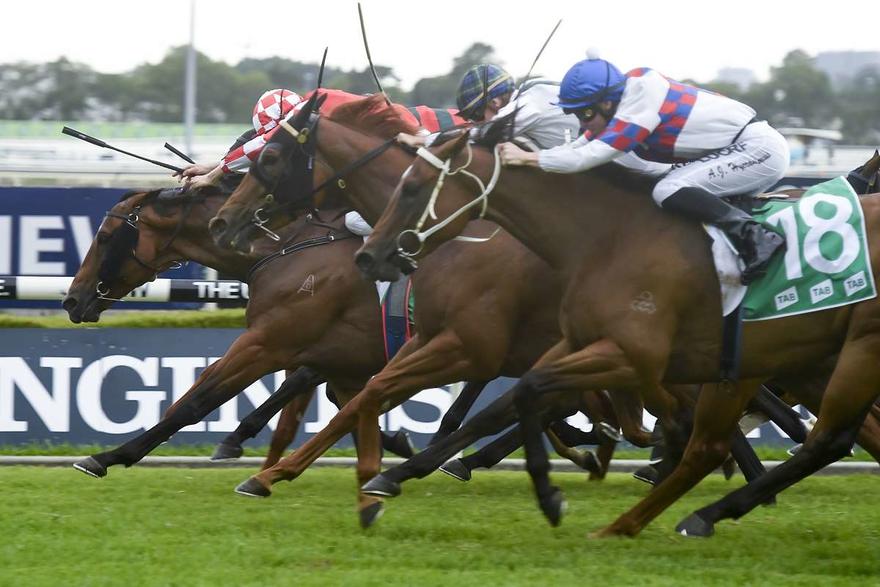 Suspense delivered an early Christmas present for connections when he launched late to snare the $100,000 TAB Handicap (1200m) at Rosehill on December 24 in the last race of the day at Rosehill Gardens on December 24.

A cool ride by Blake Shinn saw the lightly-raced gelding tucked away with cover until a late split opened which enabled the pair to burst through in the most exciting of fashions and beat a wall of horses to the line.

“That was a terrific ride by Blake. He didn’t panic when we got boxed in, he just bid his time and made a perfectly-timed run,” said co-trainer Peter Snowden.

“This horse always tries very hard and races well fresh, so it was great to see him get the win.”

Owned by Peter’s wife Lyn, daughter Lisa, Peter’s racing secretary Maree Purcell, plus a host of other close family and friends, Peter said he was looking forward to the extra trimmings for Christmas lunch.

“There might be an extra piece of crackling for me on Christmas Day seeing Lyn and Lisa have some extra pocket money now for the Boxing Day sales,” added Snowden.

By Keano and out of Intrigues, the four-year-old is a half-brother to Group 1 winning sprinter Mental, previously trained by Peter Snowden under the Darley banner. The well-bred mare (being the main reason Peter purchased Suspense as a yearling at the Inglis Melbourne Premier Sale), is out of Group 1 AJC Sires Produce Stakes winner Shaybisc who is the dam of Group winners Sashed, Bradshaw and Asarka.

Closely related to triple Group 1 winner Freemason, Suspense has now won five races and a third from 12 starts with almost $170,000 in prizemoney.