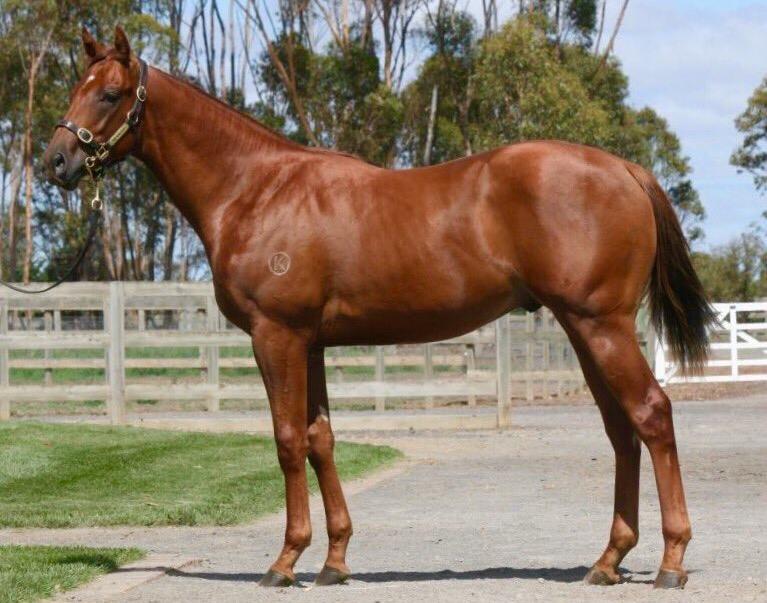 Precocious chestnut colt Calligrapher broke through for a win at just his second race start in the $30,000 2YO Maiden Plate (1000m) at Gosford on December 29.

By Written Tycoon – sire of Australian 2YO Champion Capitalist, Calligrapher jumped well from the outside barrier and raced up on the pace under Blake Shinn for a determined head victory over Taking Aim.

“He didn’t want to give up and held on for a nice win today. He’s still green and has a lot to learn but is heading in the right direction.

As reported by Breednet, the impressive chestnut is the first winner for good metro winning Scenic (IRE) mare Summery, who comes from the family of stakes-winners Dance Hit, Dance With Her and Son of Maher.

Calligrapher is the 70th winner of the season for Woodside Park’s Written Tycoon, the reigning Champion Australian 2YO Sire.