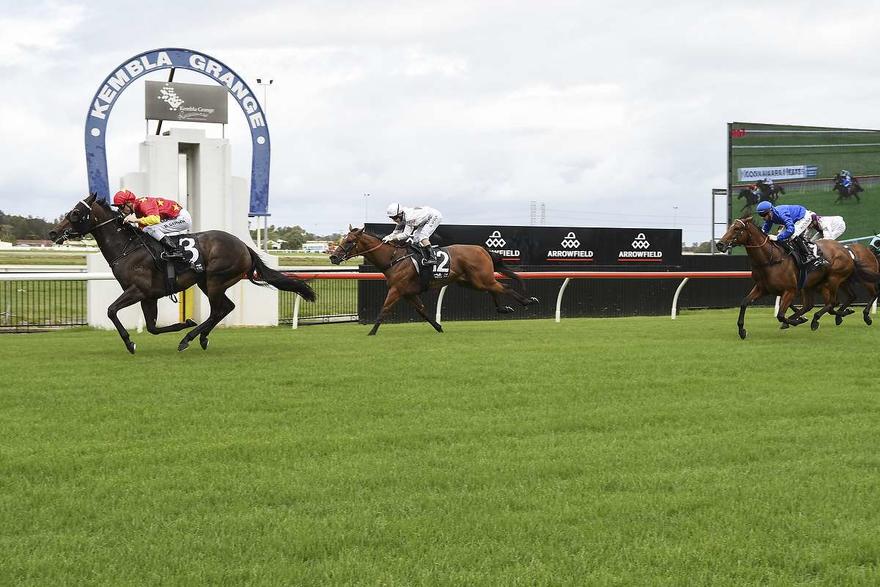 Shortly after Right As Rain’s maiden victory, Archangel snared one of her own in the $30,000 Auld Lang Syne F&M Maiden Handicap (1300m), bringing up an early double for the team at Kembla Grange.

Carrying the familiar China Horse Club colours, the race-favourite took a bit of time to get in gear under the guidance of Blake Shinn but once she got going in the home straight, it was an easy assignment for Lonhro’s most expensive yearling in 2015, which sold for $825,000 at Easter.

Owned by Coolmore, China Horse Club, and Emmaroo Bloodstock, Archangel has now had three starts for one win and a second placing.

“It was a patient ride and a nice win...She was doing her best work late so we’ll now slowly step up in trip, and let her come into her own,” explained co-trainer Paul Snowden.

“Once we get over more distance hopefully she’ll improve again and keep producing the goods.

Shinn, who’s started the year in red hot form, said she the well-bred filly strong through the line, indicating that the mile should be her eventual liking.

“It took a little bit of time to hit her straps but once she did find top gear, she was very strong through the line, suggesting a mile might be up her alley in time.

“She’s a valuable filly so it always nice to get that win out of the way and I think she can go on to better things.

“Snowden’s always have them up to the mark when they come to the races and she was ready to win here today,” added Shinn.

Archangel is a half-sister to Group 2 winner Fravashi and Group 3 winner Pure Joy and is the sixth winner from terrific producer Angelic Smile - Breednet.