All The Way Win For Balestrand 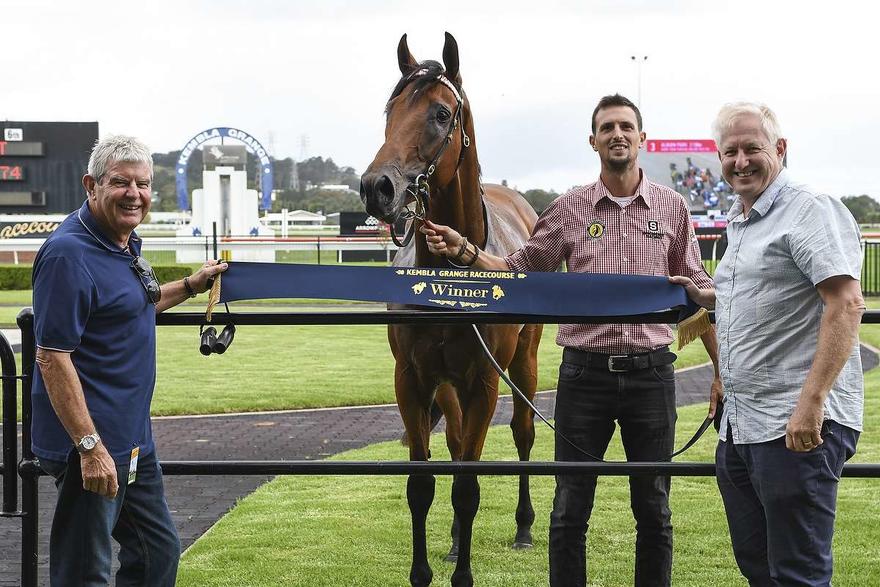 Rejuvenated gelding Balestrand made all the running to take out the BLG Business Advisers CG&E Maiden Handicap (1300m) at Kembla Grange on January 3, giving Team Snowden a winning treble in the process.

The four-year-old son of Zabeel “had the ultimate gear change” when he was gelded last year, a move which is now paying dividends according to co-trainer Paul Snowden.

“Prior to having the ultimate gear change, he had a lot of head issues and just wasn’t concentrating or putting in, but since being gelded, he’s really switched on and we’re seeing the benefits of that now.

“It was a really good trial that he came through, as the winner of that won at Gosford the other day for Ronny Quinton, so we were quietly confident that he could get the job done as long as he did everything right.

“Once he jumped and landed, Blake just had to control the race as best he could – and that he did.

“This win will be a great confidence booster for the horse; hopefully we’ll string another one together,” added Snowden.

“He’s got gate speed, led easily, and controlled it,” said Shinn who also scored his third winner for the day.

“He hasn’t got a great turn of foot but he keeps building and was solid to the line…A lot of work has gone in to him and it’s just reward.

“I’m certain he’ll run a little further and will be fitter for next time.”