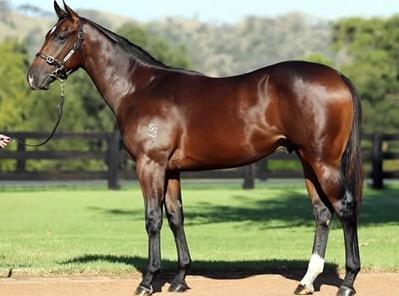 California Fortune blasted into the winners circle when he saluted in the $30,000 Set Weights Maiden Plate (1350m) at Wyong on January 4, giving Snowden Racing and Blake Shinn five wins in just 24 hours.

By Fastnet Rock out of Magic Millions and Group winner Mimi Lebrock, the odds-on favourite crossed from a wide barrier, cruised to the front and simply dictated terms to record a four length victory ahead of Absolutely Win.

“It was good to see him win like that, especially when you think your horse has ability,” said co-trainer Peter Snowden.

“He’s well-bred and owned by some really good people [Mr Howard Liang] that have backed our stable from the get go and we can’t thank them enough for their support.

“The penny hasn’t really dropped with him yet, he’s still a bit hot and cold but he’s got a big action, a good stride and plenty of potential.”

Shinn said he was supremely confident that the gelding was always going to get the goods, especially with the application of blinkers for the first time.

“We made use of the wide draw and tactical speed and got across fairly easily to dictate the race.

“Around the turn I was very confident and he was never in doubt…It was a soft win.

“He was a fair bit sharper (with blinkers) than he was at Warwick Farm (on debut) and he’s going to get better as he stretches out in distance.

“He’s quite a big, rangy horse but I think he’s got nice scope…That won’t be his last win,” added Shinn.

As reported by Breednet, California Fortune (pictured here as a yearling) was a $450,000 purchase for Asian Bloodstock Services at last year's Inglis Easter Yearling Sale from the draft of Segenhoe Stud and becomes the third winner from three to race for his charismatic dam.

Mimi Lebrock's fourth foal, by Snitzel is entered in next week's Magic Millions Sale as Lot 225 in the draft of Gerry Harvey's Baramul Stud. The mare was subsequently covered by I Am Invincible last year.