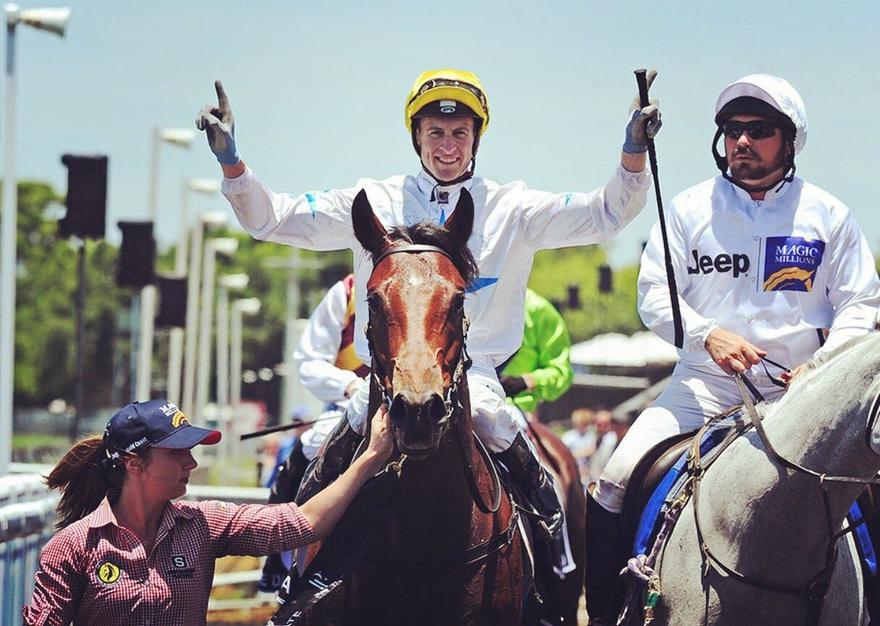 Newly-gelded Ajani shrugged off his bridesmaid tag with a strong win in the $250,000 Pacific Fair Magic Millions Maiden Plate (1200m) at the Gold Coast on January 14.

A $130,000 purchase by Victorian-based owner Akram Younan at the 2015 Magic Millions Gold Coast Yearling Sale, the son of Choisir out of Africain (Anabaa) gifted Team Snowden with consecutive victories in the race after Wolf Cry’s impressive performance last year.

“He’s been a bridesmaid too many times, so we gelded him and this is his first start back as a gelding so it’s probably made the horse. He’s much more switched on.

“When he was a colt, he was just on and off all the time in his work and races but he’s always shown ability and we’ve finally seen it come through.

“That was a good effort today because he had to do a bit of work and make a long run from the 600 metre mark.

The win came courtesy of a brilliant ride from top jockey Blake Shinn who bounced the galloper from the outside barrier and allowed him time to balance up before unleashing an impressive turn of foot to reel in Dortmund inside the final 100m.

“The gelding did the trick. It was a dominant win and congratulations to Akram.