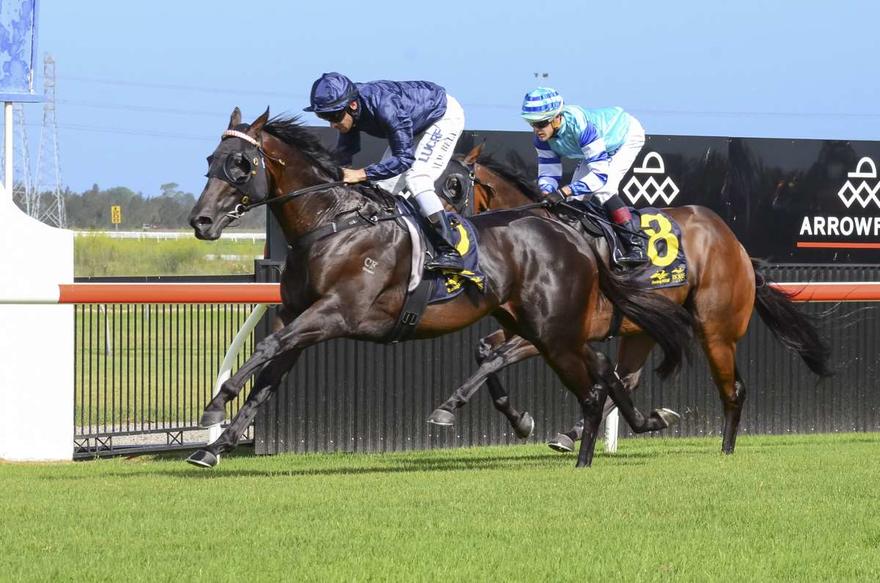 Following Ajani’s Millions maiden success earlier in the day, Snowden Racing’s Eva Luna and Royal Navy made it a winning double at Kembla Grange with Mitch Bell in the irons.

Eva Luna took the winning batten when she settled beautifully midfield on the rail with cover until Bell asked the four-year-old daughter of Encosta Delago out of Pimpinella to make a rails run and hit the front at the 300.

She then careered away for a three length victory over Marrock in the $30,000 Class 1 Handicap (1400m) to record a second career win for owner Mrs C B Redmond.

Up next carrying the navy blue colours of Coolmore Stud, was the well-bred colt Royal Navy, which saluted with a length victory in the $30,000 Maiden Handicap (1400m) ahead of Sahara Eagle.

Bell again settled his mount mid-field with cover however came along the outside to hit the line strongly in the final stages.

The son of Fastnet Rock is out of Cressfield Stud’s Park Esteem (Singspiel), who’s a half- sister to Velvet Moon, dam of Dubai World Cup winner Moon Ballad, and sibling to Melbourne Cup runner up Central Park. Among Park Esteem’s winning progeny are Listed winners High Esteem and Great Esteem.