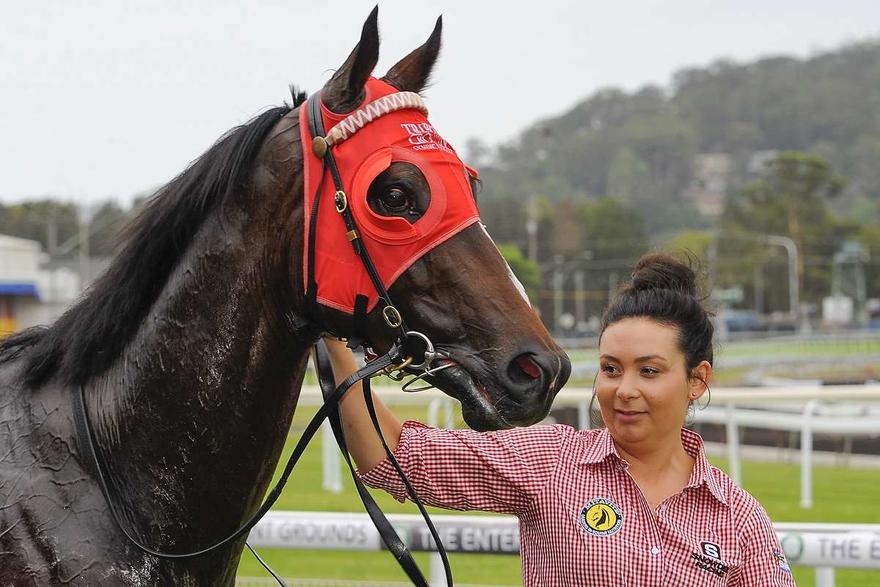 Triple Crown’s Onslaught did just that to rivals in the $30,000 Gosford City Farmers Markets Maiden Plate (1200m) at Gosford on January 19.

A tad unlucky in running, Onslaught got posted three wide for a majority of the journey, however Kerrin McEvoy didn’t panic, instead he focused on keeping the son of Snitzel in a good, comfortable rhythm off a suitable tempo which played out perfectly in the end for a two length victory ahead of It's So Obvious.

“He didn’t have any favours in the run but he was good enough to do what he did and win well. I’m glad I put the blinkers on him today because I was going to wait until another couple of runs but without them, I think he would have floated.

“Kerrin rode him well too. He did his best to get in and get some cover but the horse inside him stayed one off and keep him three wide but he did panic and let him stride.”

Snowden said the recent gelding of Onslaught has made all the difference to his track performances.

“Gelding him has been our best gear change with him. It does work and I’m a great advocate for it but only for a horse that needs it – it’s not something we do for the sake of it.

“You can tell if a horse is putting their mind to the job, and if they’re not, sometimes you need to do that. It doesn’t work with all horses but it helps most.”

Bought for $125,000 at the Inglis Classic Yearling Sale by Triple Crown’s Chris and Michael Ward, Snowden was full of praise for the syndicator’s canny purchases.

Triple Crown buy extremely well and I’m happy to be associated with them. They are the only syndicators we are with and I think they are the best. They treat their owners very well and pick (yearlings) very wisely. They work at a low end and often get good horses.”

Kerrin, who rode a winning double for the da, said the addition of blinkers and good ground played a key role.

“His trial back was good and Peter and Paul decided to put the blinkers on him – so that and being back on top of the ground probably helped him.

“We didn’t get cover but he picked up and from half way he was travelling well. Tempo was nice enough, he applied himself well and got there quite easily. He’s on the right curb now and there’s a bit of improvement to come.”