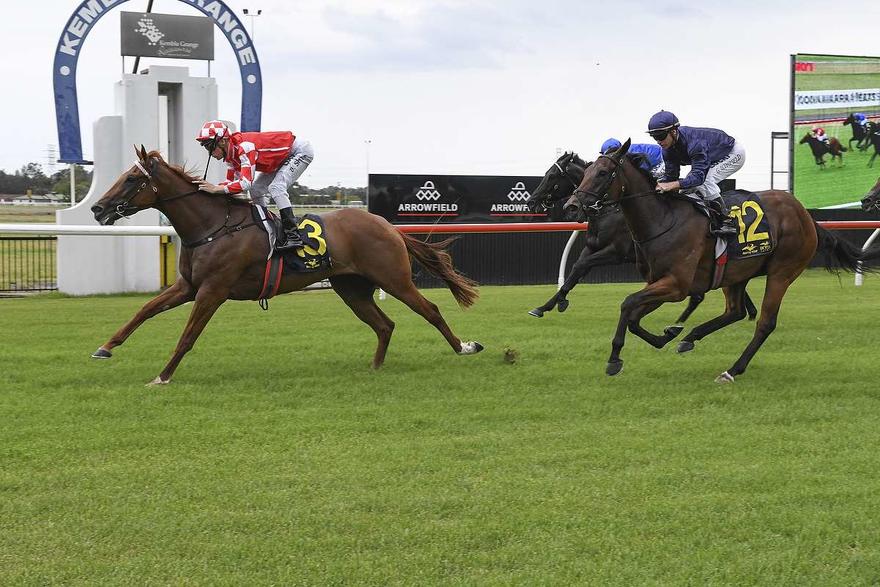 The three-year-old daughter of Blue Diamond-Golden Slipper winner Sepoy, sat midfield under Blake Shinn and gradually worked her way into the race for a dominant display in the final 100 metres to beat Peaceful Sea by 1.3 lengths.

“She’s taken a little while to mature and is still learning the ropes, but she’s improving with every start and looks to be a progressive type,” explained co-trainer Paul Snowden.

“She’s trialled well this time in and I thought she put in a top run at Newcastle the start before this considering she had trouble settling at the beginning of that race, but you can see she wants to race and wants to win, so it’s nice to get the monkey off the back today.”

Owned by the Stambe family, Tirone Miss – a powerful spitting image of her champion father who was trained by Peter Snowden under the Darley banner, was purchased for $120,000 from Corumbene Stud’s draft at the 2015 Inglis Easter Yearling Sale and has performed consistently with a win, two second’s and a third from just five starts.