Brown In Town With Royal Navy 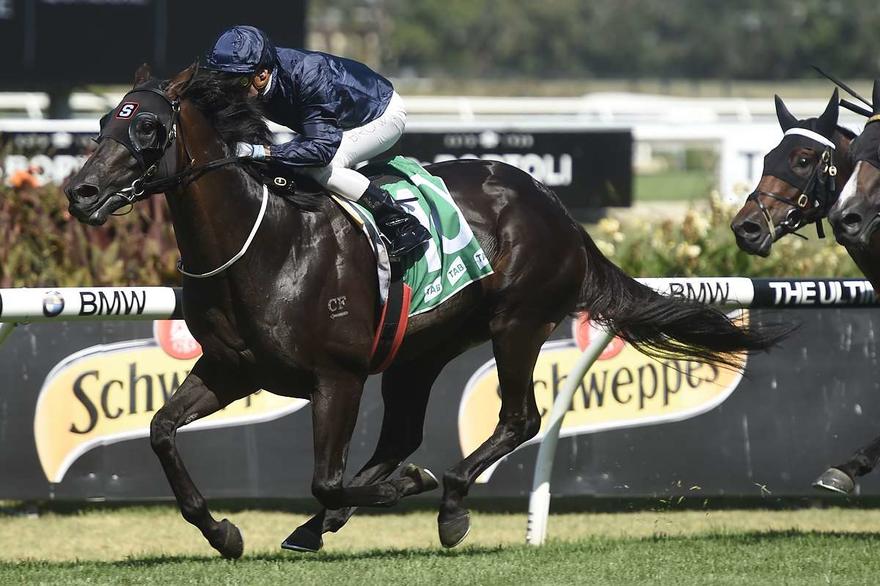 Champion jockey Corey Brown announced his return to Sydney racing in the most emphatic style with a comeback winner on Royal Navy in the $100,000 TAB BenchMark 72 Handicap (1400m) at Rosehill Gardens on January 28.

Brown, a former premier Sydney jockey, has ridden for the last four years in Singapore but recently decided to reject another 12-month contract extension to return home.

“I was hoping to get a ride or two first day back but to pick up five rides and have the support from these trainers was more than I expected,’’ Brown said.

“Then to ride, a winner for Peter and Paul (Snowden), I’m wrapped.’’

Trainer Peter Snowden has known and worked with Brown for 20 years, going back to the days when he was stable foreman for John Hawkes at Crown Lodge, and has always been an admirer of the jockey’s talents in the saddle.

“I think Corey rode our first Group 1 winner on Sousa in the Spring Champion Stakes,’’ Snowden said. “It is a big asset to Sydney racing to have Corey back here — a jockey of his calibre who can ride at a lightweight.’’

Royal Navy, a well-bred colt by Fastnet Rock, proved he is a three-year-old of promise with a powerful win.

Brown rode a patient, stalking race on Royal Navy who appreciated the solid race tempo to overwhelm his rivals late and score by a widening 1½ lengths from The Pharoah with early leader Echo Effect holding on well for third, a half neck away.

“I felt that he was my best ride today as I was impressed by his last-start win at Kembla Grange. I know today’s race was stronger and although he had a lightweight and soft draw he has won very well.’’

Snowden feels Royal Navy will be better suited over 1600m and 2000m and is considering giving the colt his chance in the Spring Stakes (1600m) at Royal Randwick in two weeks.

“He is racing like he is working now,’’ Snowden said. “The blinkers have made a big difference. This colt has a good attitude, he is a laid-back customer and you need that if they are going to get out over a trip.’’

Carrying the colours of Coolmore Stud, Royal Navy is owned by a powerful group of industry insiders including