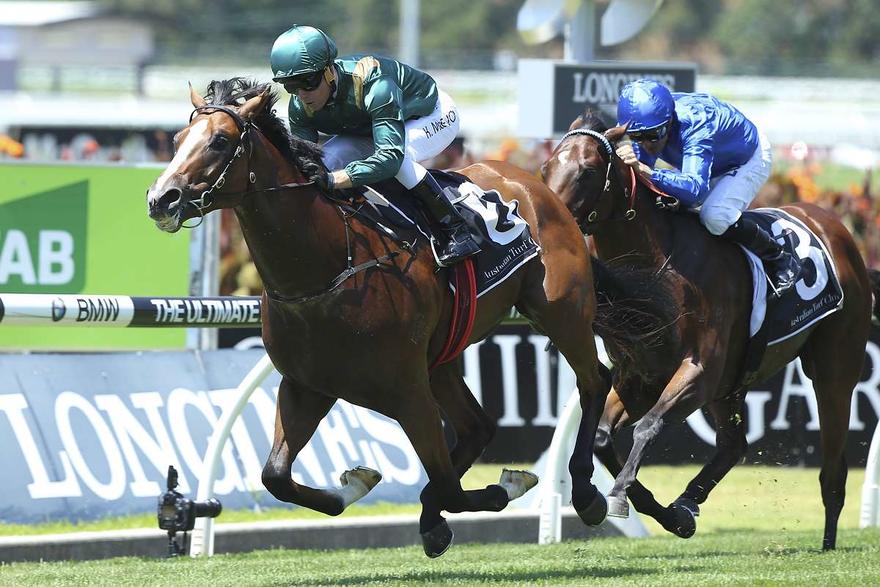 Settled beautifully by Kerrin McEvoy mid-field, Pariah sprinted quickly from a trialling position to sweep past the leaders and score comfortably.

Hot favourite Menari may have looked a good thing beaten but the win of Pariah should not be underestimated with the well-bred Redoute’s Choice-Secluded colt scoring by a length, with plenty in reserve.

Raced by the 2016 Golden Slipper winner Capitalist’s connections of Team Snowden and owners through the James Harron Bloodstock group, Pariah is a three-quarter brother to former Group 1 winner Melito and cost $700,000 as a yearling at the Inglis Easter Sales last year.

Trainer Peter Snowden wasn’t surprised by Pariah’s debut win and predicted the colt will continue to improve with race experience.

“Pariah has been a really nice horse from day one, he just has good ‘smarts’ about him,’’ Snowden said. “He has always been well above his year with everything he has done so far.

“This colt has good ability, he still does a few things wrong but this was his first start and he should improve in spades.

“Our intention was to be handy but Kerrin did the maths pretty quickly and realised he was going to be three deep so he asked the colt to come back. In one stride Pariah came back and settled in behind them really well. Then when Kerrin asked him to quicken, he did so in one stride and although he wanted to lay in a touch, he won quite well.”

“He’s proved today that he’s good a fair bit of talent and there is a big chance we might send him to Melbourne for the Blue Diamond Prelude,’’ added Snowden.

Kerrin McEvoy, who continues to ride in career best form, was impressed by the colt’s win.

“The favourite (Menari) didn’t have much luck so we won’t get too carried away but this horse has so much upside.

“He began nicely but we took a conservative approach to get some cover and he travelled supremely well the whole way. On the bend I just let him slide in to it and he had them put away pretty easily.”

“There’s nice improvement to come and he’s got a nice attitude,” added McEvoy. “Obviously Peter, Paul and James have bought some quality horses over the last few years and they’ve got another here.”

Pariah was immediately installed co-favourite with Limestone and Tulip at $9 for the Blue Diamond Stakes at Caulfield next month.