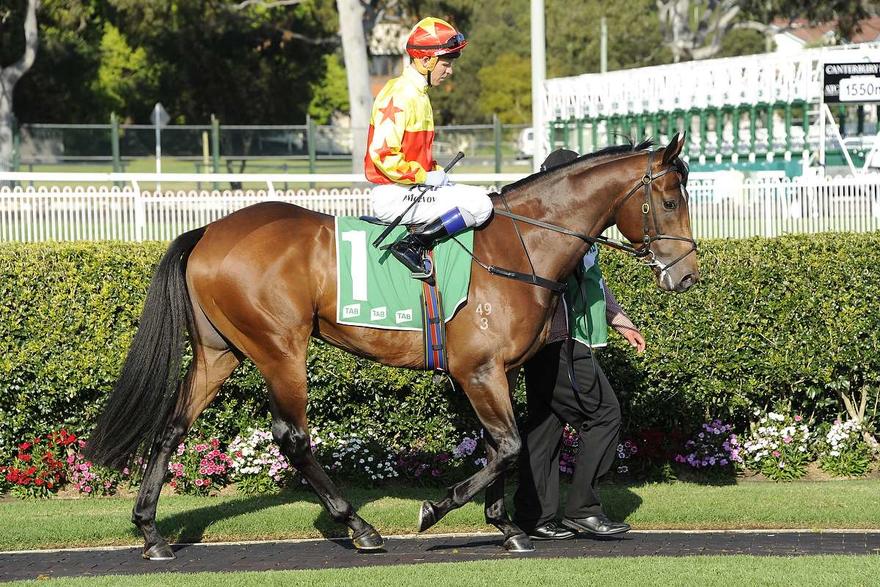 California Elite smacked rivals with a stunning 4.3 length victory in the $30,000 CG&E Maiden Handicap (1150m) at Newcastle (Beaumont) on February 4.

Perfectly ridden by Travis Wolfgram, the handsome three-year-old son of Exceed And Excel showed early speed from the wide barrier (9) and took up the running for a dominant all-the-way victory ahead of Dominant Crown.

First up this campaign, the $1.60 race-favourite was simply a class above.

“He bounced quickly out of the gate which gave Travis the opportunity to take him over and straight to the front and they never looked back. It was a good ride,” said co-trainer Paul Snowden.

“He’s a lovely horse who’s taken a bit of time to mature, but he raced genuine today and we’ll now work him through the grades and hopefully conjure up a few more wins for Mr Liang.”

By Exceed And Excel out of Pin Up Lea (Pins), California Elite has finished first, second and third past the post from four career starts.