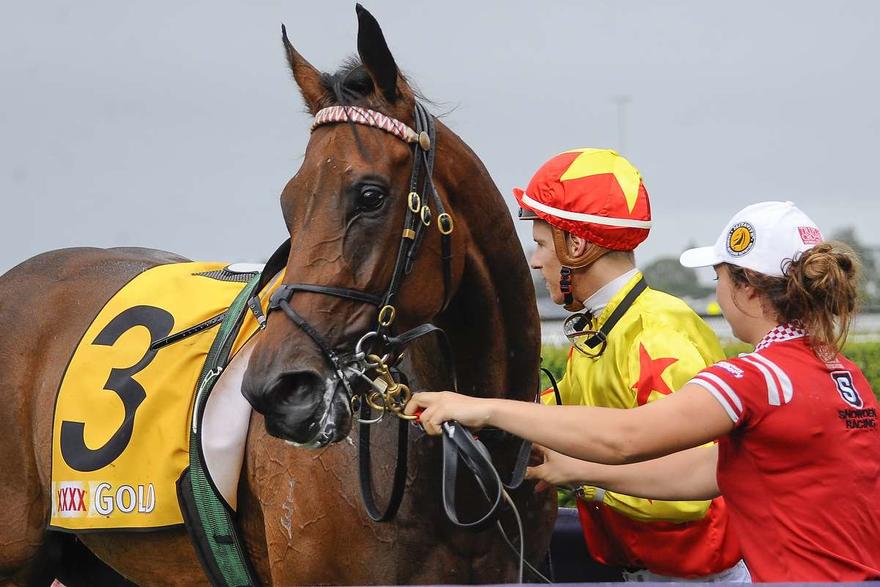 California Nike won in devastating fashion to take out the $30,000 Class 2 Handicap (1300m) at Newcastle (Beaumont) on February 7.

The three-year-old son by Fastnet Rock out of Group 1 mare Anabandana sat three wide under Nick Heywood before unleashing a powerful turn of foot to reel in the leaders in the dying stages.

“He over-raced quite badly but Nick summed up the situation quite well; popped off the fence to sit three wide and then charged home,” explained co-trainer Paul Snowden.

“He is a big striding horse, a momentum horse and he found the line. He’s done a good job.

“We’ll step him out in trip because he’s going to be even better suited over more ground.

California Nike has recorded two wins and a second from three starts, giving owner Mr Howard Liang a second race victory within four days thanks to the deeds of California Elite on Saturday at the same venue.