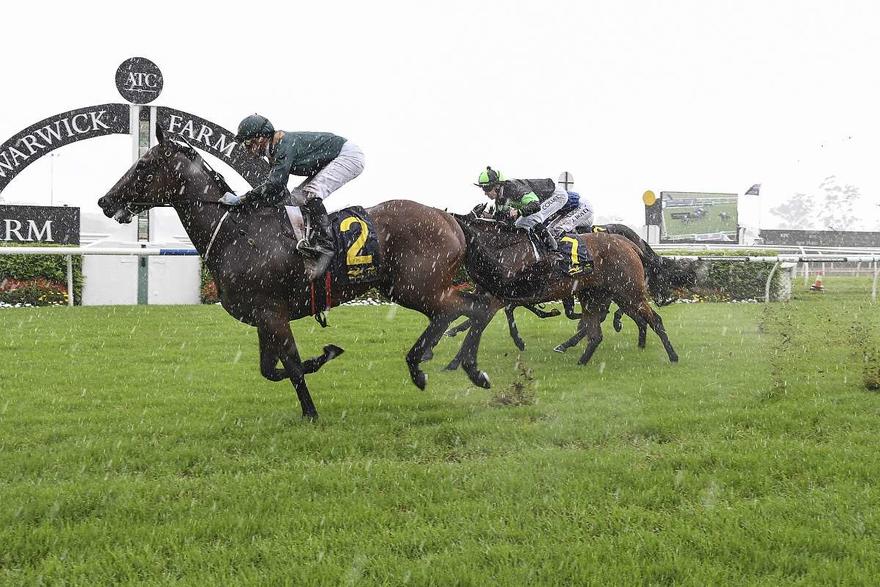 Driving rain and a track downgraded to a heavy 10 were not enough to stop million dollar Snitzel colt Dracarys from making a winning debut at Warwick Farm on February 8.

The Peter and Paul Snowden trained colt had the benefit of two recent trials, but was still set a tough task when the heavens opened as the two year-olds were being loaded into the gates.

With Hinchinbrook filly Brook Magic seizing the initiative to lead in the testing conditions, Dracarys was settled off the pace by Tye Angland and eased out wide on the home turn to make his run.

He surged late to win the 1000 metre scamper held together by a length under his own steam and will no doubt sleep well tonight.

"His class shone through despite the track," said co-trainer Paul Snowden.

"He had an easy run mid race, but then his wheels were spinning on the turn, but his class got him home.

"He's a work in progress, so we'll take him home and look at where we go next."

Corey Brown was well pleased with the colt.

"He's a lovely horse, but he never travelled, so it was good for him to get the win on the board," he said.