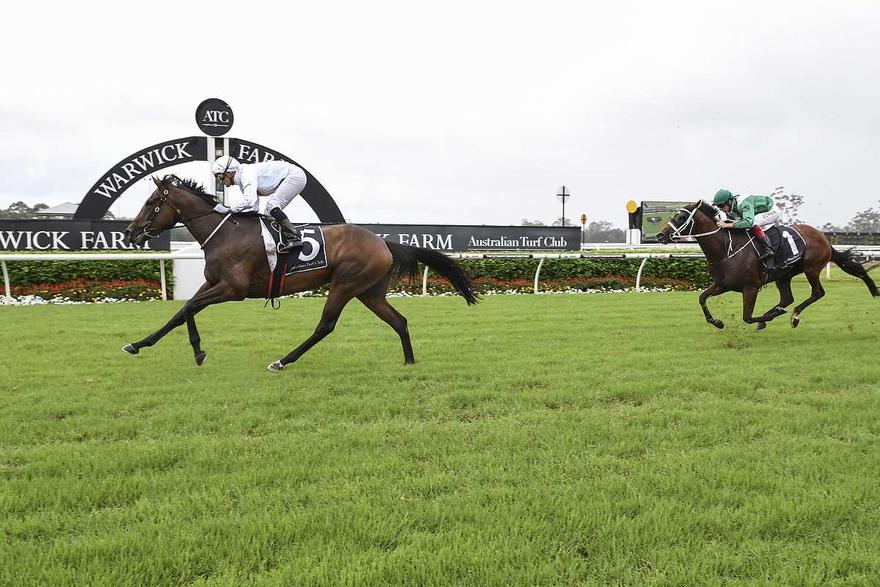 The Pinnacle lived up to her name when she broke her maiden status in the $40,000 THERACES Handicap (1400m) at Warwick Farm on February 8, providing Team Snowden with a winning double in the process.

Ridden by Corey Brown who continues to make his winning presence felt since returning to Sydney from a four year riding stint in Singapore, The Pinnacle tracked the field in the heavy 10, cut the corner and pulled away once balanced in the home straight for a dominant 2.3 length victory over Raise An Army.

Owned by Torryburn Stud, the daughter of So You Think looks to have a bright future ahead.

“It was a good win for Pam and John (Cornish); they were here today to see her,” said co-trainer Peter Snowden.

“She’s a nice filly going forward. She’s improved a lot from her last preparation and she’ll be better as she gets further.

“We’ll look more towards the spring with her as a three-year-old.

Brown was full of praise, confirming the filly will appreciate an eventual step up to a mile and beyond.

“She’s a lovely horse and had a perfect run. I cut a little bit of ground out, she dug very deep and blundered a lot.

“Went a bit up and down in the run but every time she dipped then got back up underneath me and was willing to get to the line.

“I was really happy with her. She’s a mile and beyond later on.”