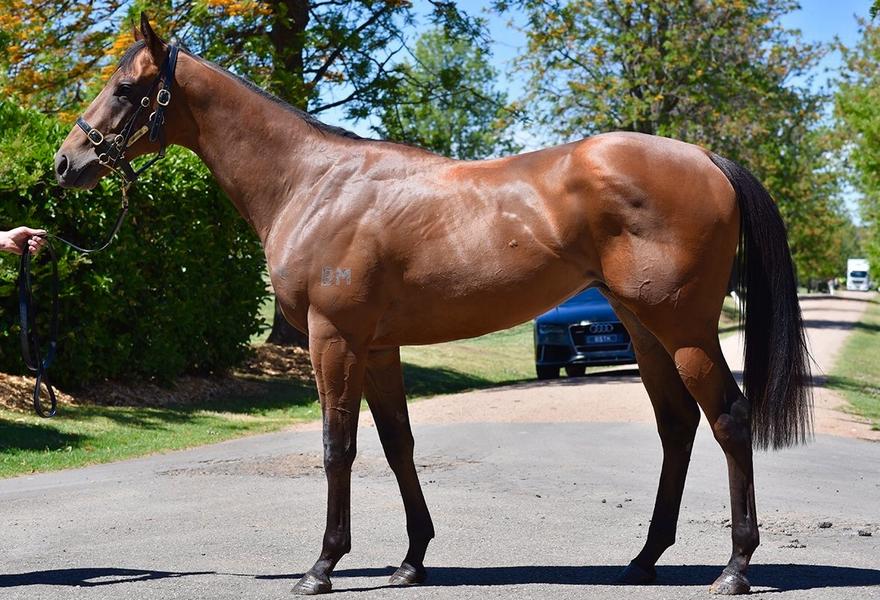 Hypnotist dug deep in the $30,000 Hunter Land Rover 2YO Maiden Handicap (1350m) to record an impressive debut win at Newcastle (Beaumont) on February 16.

Racing in the green and gold colours of James Harron Bloodstock, the two-year-old colt jumped well from the outside barrier and sat up on the speed behind leader Euro Gold for senior apprentice jockey Courtney Van Der Werf.

Perfectly poised throughout, Van Der Werf asked for a final effort at the 200 metres which saw the son of Snitzel knuckle down and pull back Euro Gold for a gutsy long neck victory.

“He really toughed it out today. The horse wanted to win and I couldn’t be more pleased to see him do that on debut. That manner in which he won was impressive,” said co-trainer Peter Snowden.

“Courtney has a knack of getting horses to run her for, so we will continue to give her as much of an opportunity as possible,” added Snowden.

The talented 23 year-old suffered from mental health issues and physical exhaustion from the pressures of race riding and trying to maintain a light riding weight in her earlier days as an apprentice, however those times are behind her as she looks towards a bright future in the saddle with a renewed outlook.

“To be back be riding and happy and have my weight right, that’s all about where I want to be - I’ve achieved it, now I need to keep ticking along.

“Finally the monkey is off the back! I didn’t expect him to win, we were planning on getting further back and finding the line, just judging by his trials.

“He put himself there, they ran a steady tempo and he just kept fighting. It was great to win in James’ colours,” added Van Der Werf.

By Snitzel out of Amazing Dream, Hypnotist was a $240,000 purchase from last year’s Karaka Yearling Sales and became the fifth two-year-old winner for owners in the James Harron Bloodstock Colts syndicate this season.