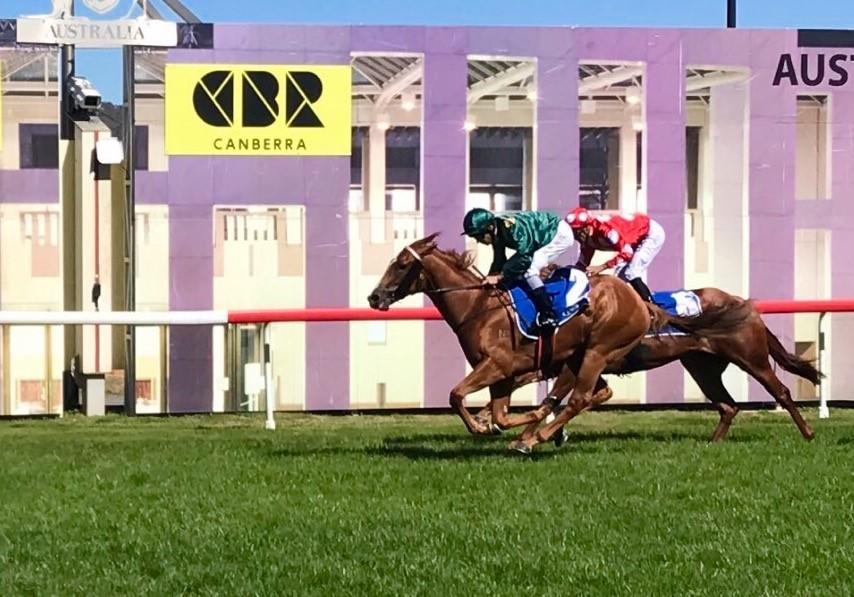 Gunnison overcame a chequered passage to snare the $30,000 Inglis 2YO Lightning Ridge Plate (1000m) on debut at Canberra's Thoroughbred Park on February 19.

Carrying the green and gold colours of James Harron Bloodstock and a plum $50,000 Inglis bonus, Gunnison got caught twice in traffic at the top of the straight but jockey Mitchell Bell guided the Not A Single Doubt gelding out of trouble just in time to a half-length victory ahead of Acqume.

"He had to overcome difficulties and he won nicely so I'm really happy with the way he went about his job. It wasn't a big margin, but what he did was pretty good,” said co-trainer Peter Snowden.

Canberra’s $300,000 Black Opal Stakes (1200m), a race which Snowden has won twice before withEpaulette in 2012 and Defcon last year, will be a tougher test but Gunnison has earned his chance to contest the Group 3 event.

"He'll have a crack at the big one. It'll be a much harder race in a fortnight, but he won with authority today and is developing in to a nice racehorse.”

Earlier in the day, Team Snowden scored with Triple Crown’s four-year-old gelding Steyne in the $20,000 Maiden Plate (1400m) giving the stable a 100 per cent winning strike rate at the track on the day.