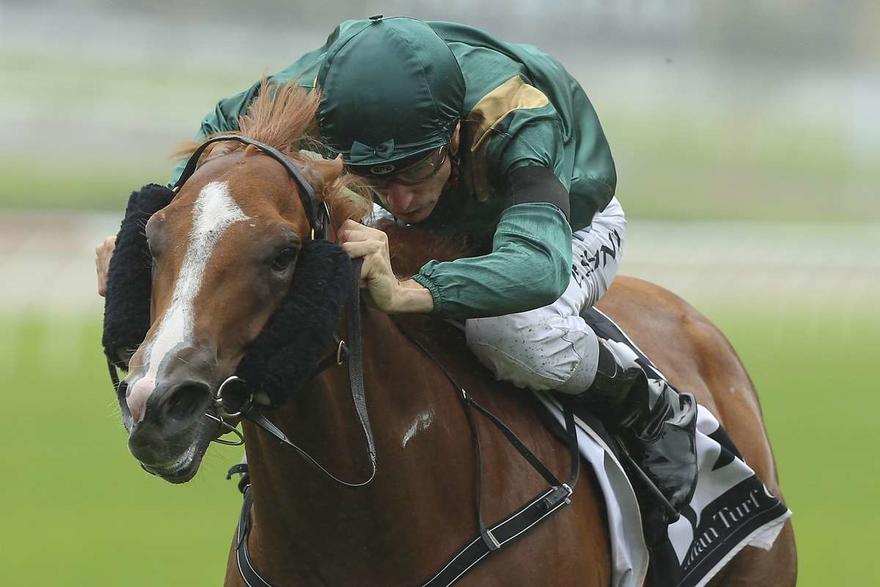 Peter and Paul Snowden could have four leading $3.5 million Golden Slipper contenders after stablemates Gunnison and Invader fought out a thrilling finish at Royal Randwick on March 4.

Gunnison held off the late surge of Invader to win the Group 2 $300,000 Todman Stakes (1200m) but the stable quinella should ensure both youngsters line up in the world’s richest juvenile race at Rosehill in two weeks.

Team Snowden also has Khan set to confirm his Slipper credentials in the Black Opal Stakes at Canberra on Sunday while Blue Diamond runner-up Pariah is right in the mix.

Gunnison maintained his unbeaten record when he scored by a short half head from a surging Invader with Godolphin’s Veranillo more than two lengths away third.

“It’s a good feeling,’’ Peter Snowden said after the race. “I’m very proud of both horses in such trying conditions.’’

“His run at Canberra was very, very good, albeit what I thought was an average race but the way he won there was a lot of authority in it. He ran time, he’s very genuine, he’s trained on so well since so I was quietly confident but with Gerald Ryan’s horse (Menari) there I thought he was just another class above us and I’d be happy to run a place.

“But to see him do what he did today, and did it pretty tough, did it from the front. Blake (Shinn) was making sure it was a true run race under the conditions so I thought he did a tremendous job.

“Invader’s a very brave horse, very honest, very genuine and a fitting result for me would have been a dead-heat for both my owners. But both horses ran particularly well.”

Snowden, Shinn and owners James Harron Bloodstock combined to win the Golden Slipper last year with Capitalist and they could join forces again in two weeks with Gunnison and Pariah in the big race.

“This win makes up for losing the Todman Stakes on Capitalist last year,’’ Shinn said.

“Gunnison jumped really well and I elected to go to the front. He travelled really nicely and handled the conditions well, which is really important here today.

“Invader challenged me at the 200m and it was a thrilling battle, especially going toe to toe with Joao (Moreira) and my horse really dug deep and it was a great finish.”