Another Golden Win For Symphony 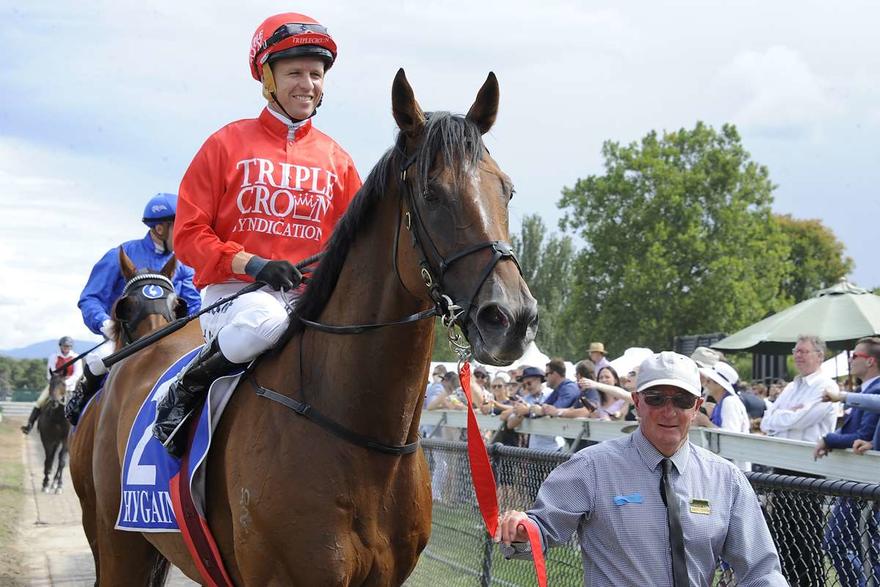 Coming off a last start second to the well-regarded Antonio Giuseppe at Rosehill, Kerrin McEvoy piloted the Reward For Effort gelding to perfection, keeping him mid field with cover until an opportunity presented to push through a gap in the home straight for a 1.8 length victory over Happy Clapper.

“It was good to see the horse win as he has been running quite well of late," said co-trainer Paul Snowden.

"He was afforded a lovely ride by Macca, the speed was on most of the way and he had them in his sights heading for home. It was matter of getting clear and pushing the go button.

"He is a very good wet tracker, that's his asset at the moment…This gives us a great deal of confidence going forward."

“We might give him a little break and head north in the winter with him, we’ll see.”

A $100,000 purchase by Triple Crown from the draft of Grange Thoroughbreds at the 2014 Inglis Premier Yearling sale, Gold Symphony, as reported by Breednet, is the first foal of the unraced Stravinsky mare Tzaress, a half-sister to Group 3 AJC Sweet Embrace winner Stripper (Danehill Dancer) who was narrowly beaten by Duporth in the 2008 Golden Rose.

Gold Symphony is now the winner of five races from 17 career starts, with earnings near the $500,000 mark.