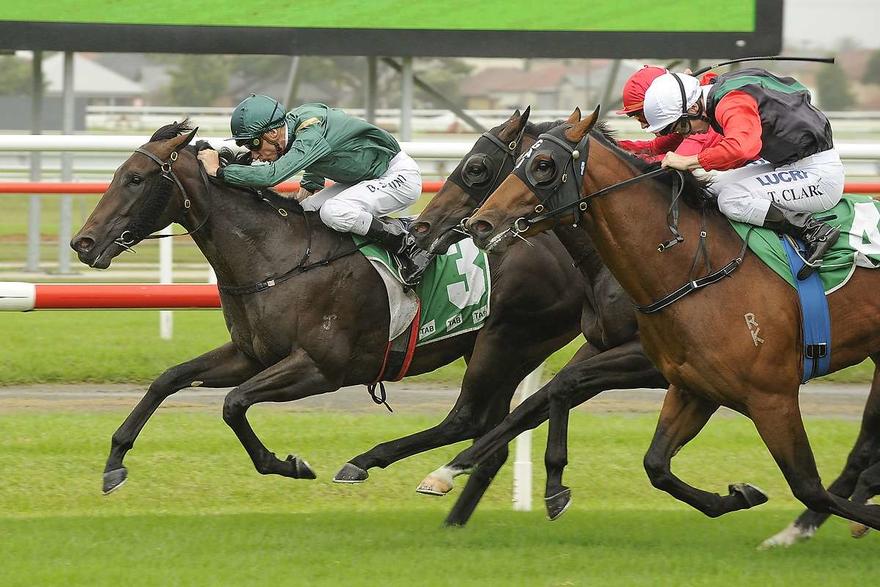 Promising two-year-old Coulthard brought home a gutsy win in the $35,000 Beaumont Handicap (1400m) on what was an historic day for Newcastle Jockey Club with the opening of their new $11 StrathAyr course proper on March 17.

At just his second race start following an impressive debut at Wyong over 1300m last month, the son of Hinchinbrook took a sit on the fence in third position under Blake Shinn, until an opportunity prevailed to push through a gap on the rail for a solid neck victory over Zeppelin.

Co-trainer Paul Snowden said the colt would only improve from the experience and is heading in the right direction.

“That was a nice effort, he wanted to win, which is what you want to see. This horse has shown some potential and will appreciate the step up in distance the further we go along with him.

“With the young ones though, we generally like to take one start at a time with them, so we’ll progress forward from here and take it one week at a time.

“He’ll take great improvement out of the run and experience which is what it’s all about at this stage,” added Snowden.

Bred by Yarraman Park, Coulthard was a $260,000 Inglis Classic purchase for James Harron Bloodstock from the Yarraman Park draft and is a half-brother to stakes-placed Carlton Forward and Al’s Magic Miss being the third winner from Group 3 placed Carlton Ace.

He is the fourth two year-old winner this season for Hinchinbrook, and the seventh two-year-old victor carrying the Golden Slipper winning green and gold colours of James Harron bloodstock.