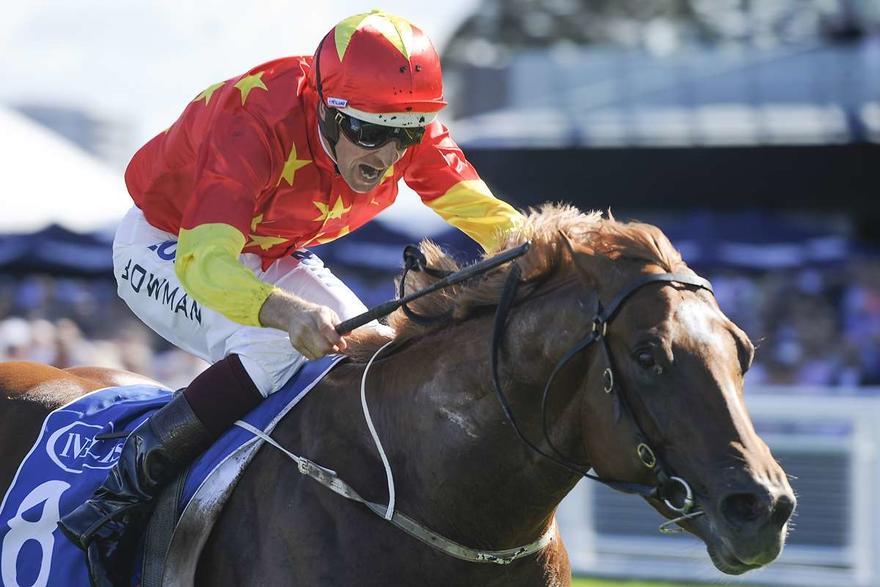 There was always something about Invader that kept the Snitzel colt under [co-trainer] Peter Snowden's eye.

He has been there for every test and Invader finally was at his peak and proved the strongest two-year-old colt as he won the $1.1 million Inglis Sires (1400m) at Randwick on April 1.

"He wasn't always our best but he is our toughest," Snowden said. "He has been there for everything from the Breeders Plate and the Magic Millions and is still here now and winning a Group 1.

"He missed the Golden Slipper with that foot abscess and in the end that could have been a good thing because it got him here today fresh.

"We were able to get a good gallop into him this week, which was very important, and after that I was very confident about this race because I thought he would be at his best at 1400m."

"He declared him to me this morning, he is a genius," Field said. "He has always been a horse that he liked.

"He is now the best two-year-old colt in the country and the trainer has a lot to do with that."

Snowden was quick to point to the Hugh Bowman ride playing a big role in the victory. Bowman was back on the fence at the 450 metres, turning for home, with a wall of horses in front of him.

By the 300 metres he was six wide and ready to launch down the centre and he ran over the top of fellow Snitzel colts Summer Passage and Trapeze Artist to win by three-quarters of a length.

"I can't get Hugh that much and after [that ride] I wish I could get him a lot more," Snowden said. "That was an absolute peach of a ride.

"When you go back and look at that, I know he drew a decent gate, he drew four but to manouevre and get to where he did from where he was in the clear was something to behold. It went a long way to the horse winning."

Bowman had been on Invader when he scored on a soft Randwick track in February, but missed his second to Gunnison in the Todman Stakes and had been booked for the Golden Slipper before his scratching.

"It was a real shame he missed the Golden Slipper but it could have been a blessing in disguise," Bowman said. "He pleased me in a gallop the other day and he was great there.

"When I need him to move he just did it and once we got the run he was always going to win.

"The fillies have been taking everything, so to get a colt to win a group 1 is big for everyone involved."

Snowden will consider spelling Invader as he has been up since November with 10 days' break, rather than pushing on to the Champagne Stakes, with the Golden Rose in mind.

"We will see how he pulls up but he deserves a good break and the Golden Rose is over the same trip," he said.