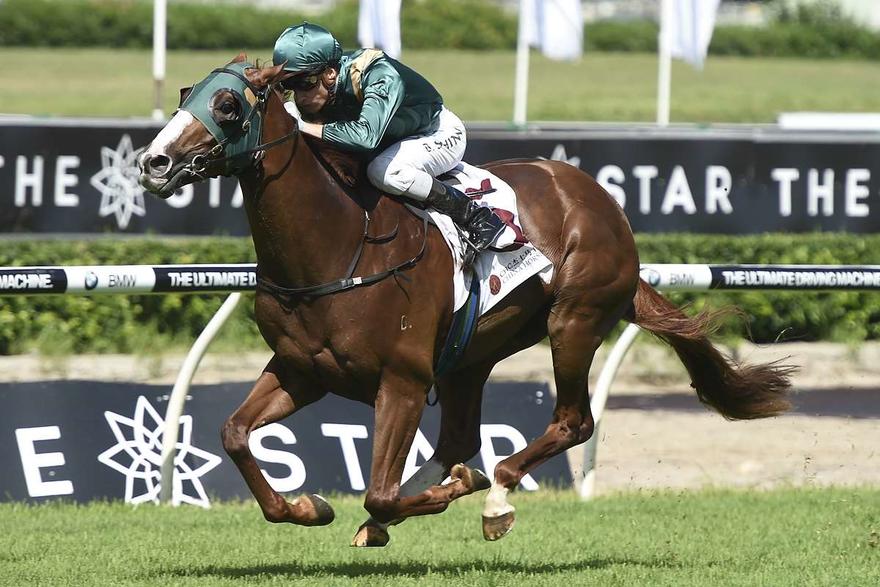 Ridden to perfection by Blake Shinn carrying the green and gold colours of James Harron Bloodstock, the pair settled beautifully on the fence in fourth position behind a strong tempo before angling clear at the top of the straight to bolt away for a 3.5 length victory over race-favourite Theanswermyfriend.

"The horse really returned to his best," said Shinn. "He had a great turn of foot.

"I was confident at the 600m that I was on the winner and he just ambled up to them and put the race to bed very easily at the 300m."

The win was greatly welcomed by co-trainer Peter Snowden who believes the recent spate of super heavy tracks had hampered Acatour’s untapped ability to race to his best.

"He has always been a naturally talented horse so it's been frustrating for us not to see him kick a goal before this," said Snowden.

"It's fantastic to see him win as well as he did today and the firmer footing certainly helped.

"We thought that perhaps he wanted further [distance] but I think this might be his right trip - a mile to 1800m, but it was great to see get some Black Type today. He’s untapped."

Another run at the three-year-old’s home track in two weeks could be on the cards before a tilt at the Brisbane Carnival beckons.

Acatour has now recorded four career wins from nine starts for over $240,000 in prizemoney