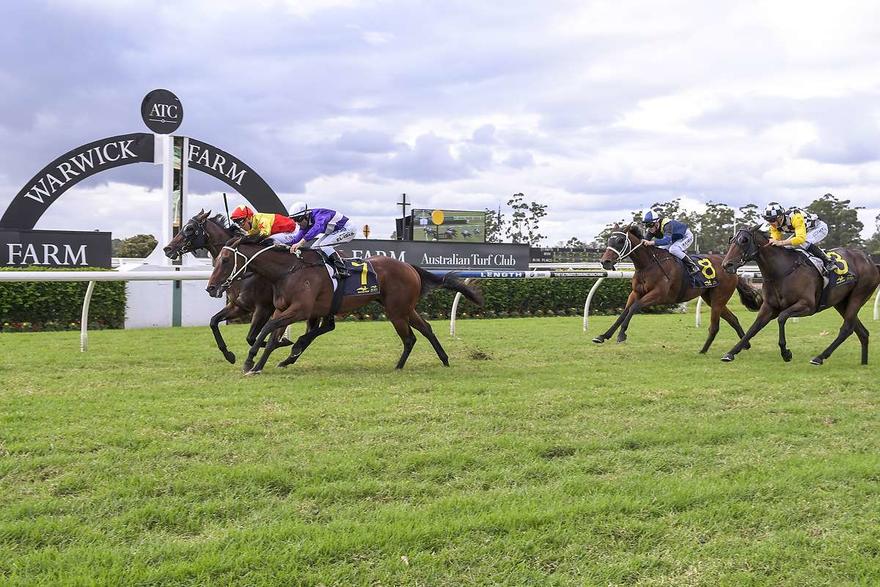 California Archer made it two straight wins when he impressively took out the $40,000 Pluck@Vinery BenchMark 67 Handicap (1300m) at Warwick Farm on April 12.

Perfectly rated by Kerrin McEvoy who controlled the pace all the way, the son of High Chaparral had his work cut out in the home straight with Lady Dane laying in all over him from the outside, however the race-favourite showed great tenacity to fight off the filly and hold court for a half head victory.

Owned by Hong Kong based Howard Liang, co-trainer Paul Snowden was mightily impressed with the effort, which saw the three-year-old back up his debut win at Newcastle last month to extend a perfect record.

“It was a pretty big effort. The other horse was laying all over him all the way down the straight and he had the tenacity to fight his way back.”