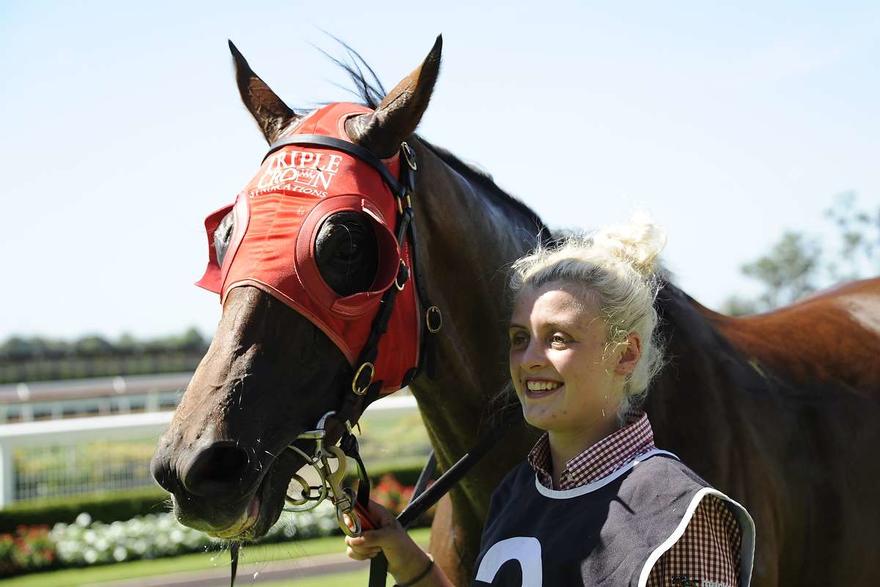 In a confident display, smart mare Brigadoon Rise proved too good for rivals in the $40,000 TAB.COM.AU BenchMark 78 Handicap (1300m) at Warwick Farm on April 12.

In-form jockey Kerrin McEvoy sent the Triple Crown owned four-year-old to the front and simply controlled matters to hold off a fast finishing Magic Dallas by a long neck; the win bringing up Snowden Racing’s 100th race victory for the season.

First-up at the same track a fortnight ago, luck played against the Stratum mare as the fast lane emerged on the outside and barrier 1 turned into more of a hindrance than a help,but with fitness on her side and the rails proving the place to be, Brigadoon Rise made no mistake in capitalizing.

Co-trainer Paul Snowden confirmed black type was the plan for the winter, with Brigadoon set to step up to stakes class.

“She was a little unlucky to draw the inside rail here last time which turned out to be the slowest part of the track, but we’ve made amends to get her back in the winner’s circle today.

“She’s improved from her first run which was great and backed up with a lovely win, albeit on a wet track which she doesn’t like.

“With a mare like her you’d love to get her some black type. She’s had a couple of cracks at it and just fallen short, but that’s what we’ll be targeting this preparation.”

McEvoy, who also rode a winning double for the stable said Brigadoon Rise is in for a nice preparation.

“She did it well, she got out nicely and travelled. I just helped her round the bend and, after a few slippery moments, she regained her balance, straightened up and away she went.

“Her hearts in the right place and she handles herself really well. She’s in for a nice prep I reckon.”