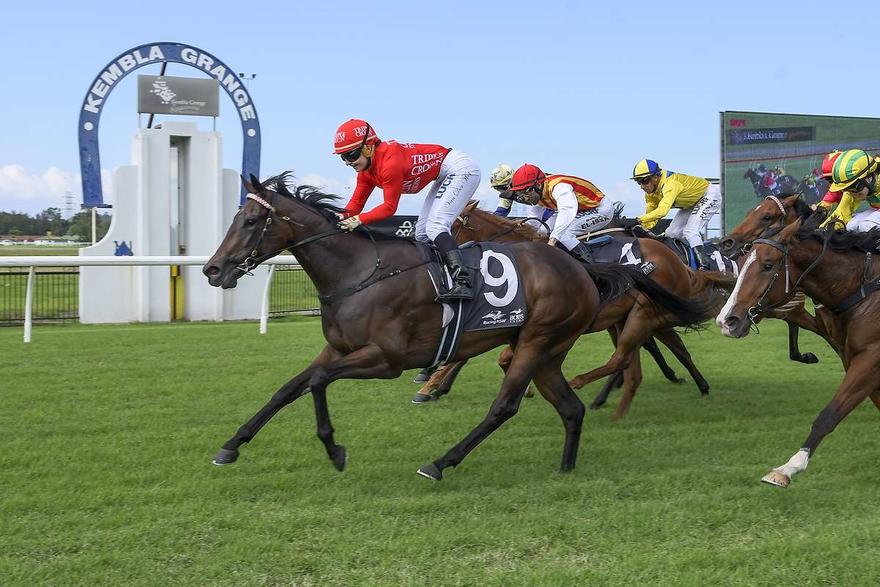 Triple Crown’s run of Saturday success got off to a flying start in the first at Kembla Grange when promising Mossman filly Moss Trip, saluted in the most unbelievable of circumstances on debut in the $30,000 Phil & Tup 2YO Handicap (1000m) on April 15.

Ridden patiently by Courtney Van Der Werf, Moss Trip endured a horrid run mid race after being tightened for room in between horses before Van Der Werf was forced to take a significant check to avoid clipping heels.

Unfazed and determined, the filly set herself the task of chasing down rivals from a near impossible position and sprouted wings to reel in Pendeloque by three quarters of a length.

“She did a tremendous job,” said co-trainer Peter Snowden. “She began well and really wanted to get running, and when she got cover she settled beautifully.

“We got into a traffic jam down the straight but once she saw daylight she was able to make ground...She found the line super and has a bright future ahead.”

"The Triple Crown team are going to have a bit of fun with her."