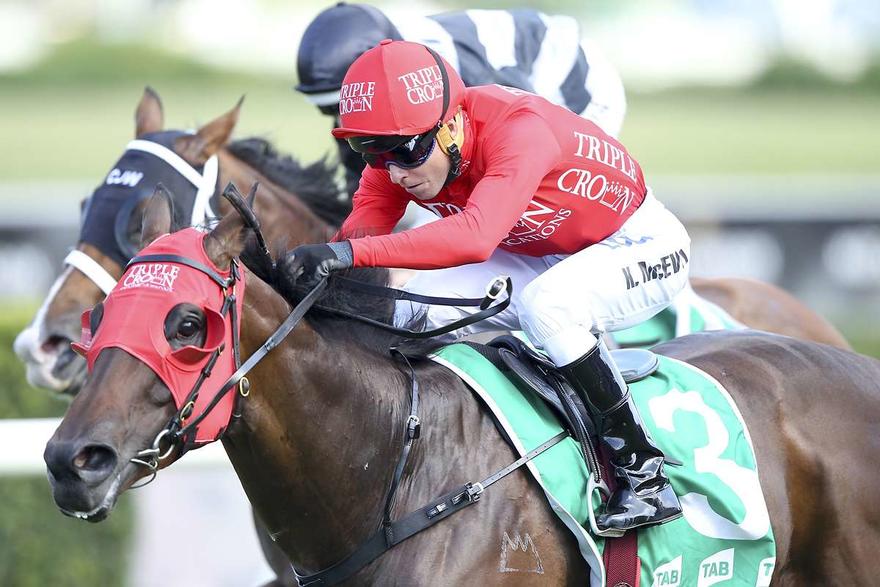 Talented front runner Redzel showed his gutsy style once again with an all the way victory in the $150,000 Group 3 Hall Mark Stakes (1200m) at Randwick to give Triple Crown and Snowden Racing a winning double courtesy of Moss Trip saluting earlier on the long Easter weekend.

With a step down in class, the son of Snitzel was rewarded for his consistent form this Autumn when Kerrin McEvoy let the four-year-old dictate the tempo up front to square off by three quarters of a length ahead of Counterattack.

“There’s no better for a horse’s confidence than winning and he’s doing that well now,” said co-trainer Peter Snowden.

“He’s about 60 to 70kg heavier than he used to be as a three-year-old and has really developed, so we’ll look ahead to the Brisbane Winter Carnival.

"He almost won a Group 1, and just got beaten a half head a month ago, so I don't see a Group 1 being out of reach."

McEvoy, who continues to ride in red hot form, was really pleased with the victory considering there was a concern in stretching out to six furlongs, a distance Redzel had not been proven at.

"It's a trip he hadn't been great at before and had a couple of goes without earning a placing but he had conditions to suit today off the back of a nice second in the Galaxy and was able to dictate," explained the hoop.

“At the top of the rise he was full of running so I sat for a bit longer, in fact I was a little bit worried at the 650 that I might have steadied him a little bit too much but we had the gap on them.