Getting To Know Jamie 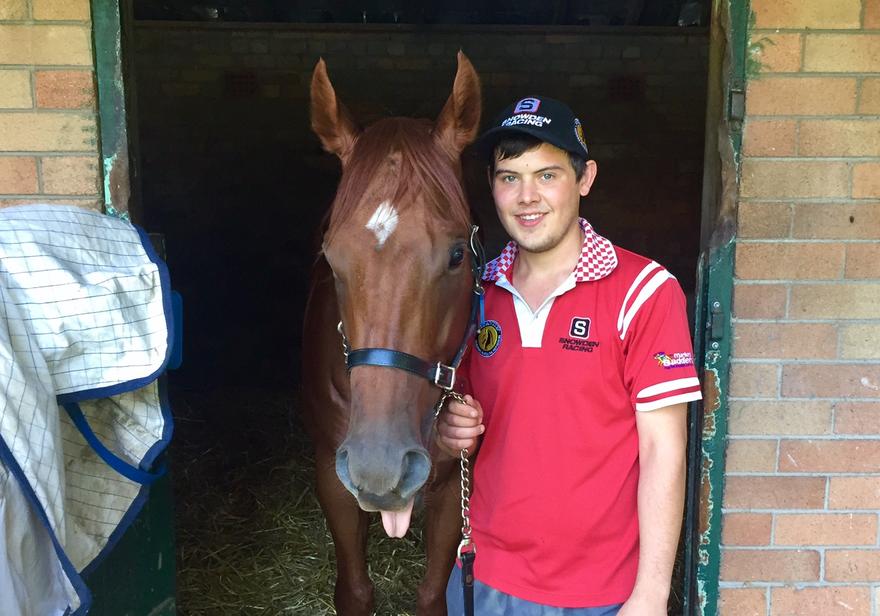 Racing is well and truly in the blood for hard working 23-year-old Jamie Tidmarsh as Snowden Racing’s Assistant Foreman shares his life passions, insights and a soft spot for a horse named Tommy.

What’s your background & where did you grow up Jamie? I’m originally from New Zealand, although I spent a couple of years in England at Newmarket but most of my childhood in Brisbane.

How did you come to work with thoroughbreds & who inspired you? My family. Dad (Michael) was a horse trainer in Brisbane so I have been around horses a long time! He has now jumped across to the breeding side of the industry as Stud manager for Raffles Farm in Cambridge New Zealand. Granddad (Tom) started in racing when he was 15 and ended up working with some of the best horses that came out of UK, like Dancing Brave. He was head man for Guy Harwood, and a terrific horseman. My brother Liam is a steward in South Island of New Zealand, so we talk and breathe it, mum included!

What did you learn most growing up with horses? All the basics, but one of the key elements I learnt from dad was the way you should react to the horse in different situations. Having patience and learning the mechanics of the horse is really important.

How long have you been with Snowden Racing for? A friend from Brisbane worked at Darley with Peter and recommended that I work in Sydney with him, so I’m three years in now and loving it.

Most memorable moment on racetrack? Strapping Defcon in the 2016 Golden Slipper. The build up was incredible. And the moment Capitalist won, it’s something words can’t describe. Staff spend endless hours with these horses and get attached, so it’s a proud moment when they win a big race.

What does the role of Assistant Foreman look like? Basically an extra set of eyes on the finer details of the horse. Checking legs, shoes, and treatments. Talking with the farrier and vet and absorbing their knowledge is important too.

Do you have a favourite horse in the stable? Defcon. I’ve been looking after him since the official 2YO trials late last year. He can be hot head at times because he just wants to get on with the job but he loves his kisses and cuddles and has a soft heart. His stable name is Tommy or Tom, and he knows it too. You could call his stable name out from the other side of the yard and he knows you’re talking to him.

Horse to follow this year? Defcon of course - he has a massive amount of ability. And Boorooj, she’s a strong, lovely looking filly.

Thoughts on Peter and Paul Snowden? Two very respected and genuine horsemen. Very much hands on, and both have a sharp eye. This is the place to be for anyone wanting to learn about the racing industry.

What do you like to do away from work? I’m a bit of a movie buff, so on a weekly basis I’m at the movies. Other than that I spend time with my girlfriend Hannah and like to go to the races on weekends if I’m not working as you always run into people that you haven’t seen in months or years. The races brings people together and I like that.

Long term career goals? I’m still working it out. Being involved with horses is a certainty, but which part is the tricky bit although I think I’d like to become a Bloodstock Manager one day.