Gibraltar Girl Gets The Nod 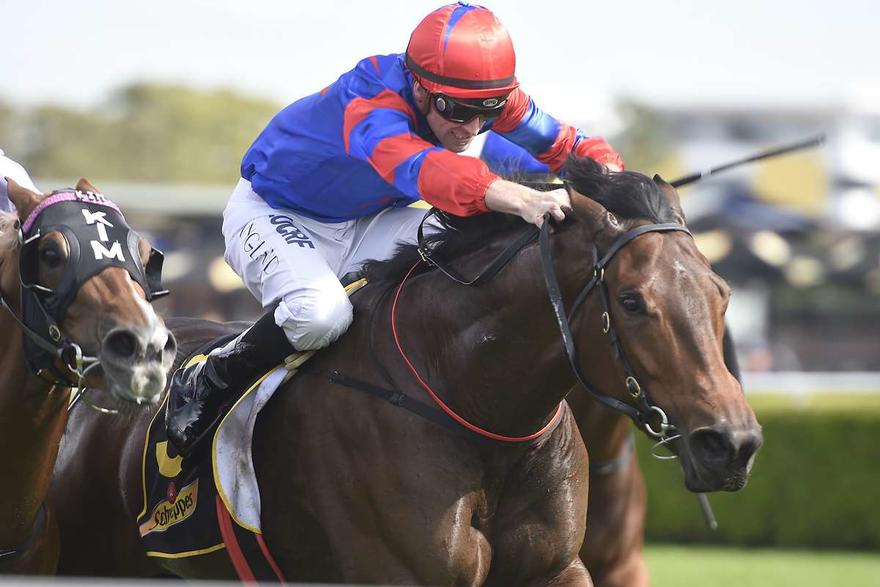 Gibraltar Girl proved too good in a three-way photo finish in the $100,000 Schweppervescence BenchMark 78 Handicap (1200m) at Randwick on April 22.

Ridden perfectly by Tye Angland, Gibraltar Girl took a sit in the early stages just behind the midfield pack and followed race favourite I Thought So in to the race rounding the home turn. Once balanced the filly motored home down the outside to beat Tessera by a short half head and Calabasas a nose away in third in a thrilling finish.

"I was able to get the drag into the straight, peeling off their backs and she was too good. She got tired late but I think that’s just her on this soft-ish track," explained Angland.

The Greg and Donna Kolivos-owned three-year-old daughter of Manhattan Rain has won three from eight starts for $174,335 in prizemoney and is now likely head to the popular Scone Cup Carnival in May for an attempt at stakes victory against her own sex.