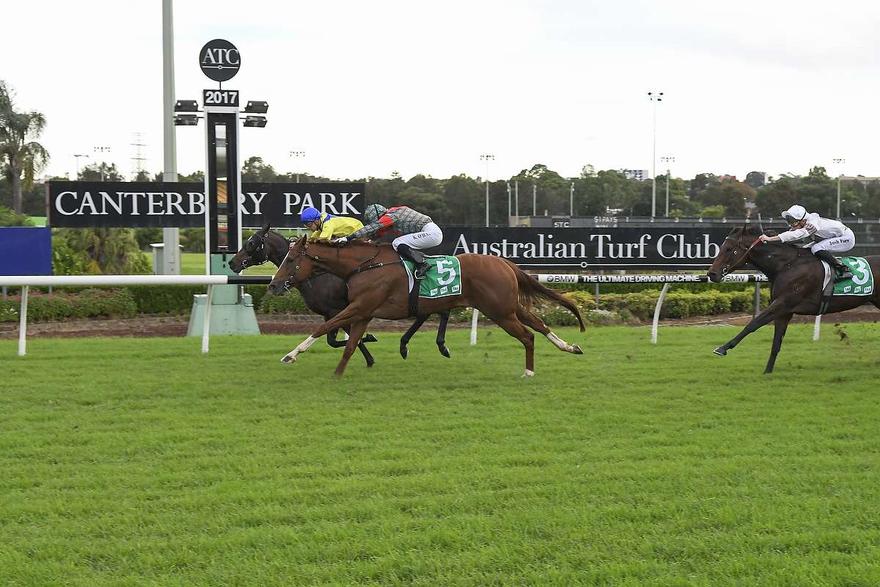 In the most exciting race finish of the day, Maraam snuck up on the inside rail late to snare the $40,000 TAB.COM.AU BenchMark 72 Handicap (1200m) at Canterbury on April 26.

Carrying the yellow and blue colours of Sheikh Mohammed bin Khalifa Al Maktoum, the four-year-old daughter of Street Cry sat patiently in second last position on the rail under Tye Angland after jumping from barrier 3.

The in-form hoop made the winning move after coming around the home turn at the top of the straight when he opted to take a split up along the inside rail and motored home to nail All In The Reflexs by a nose.

“That was well ridden by Tye; he nailed it with a perfectly timed run along the rail,” said co-trainer Paul Snowden.