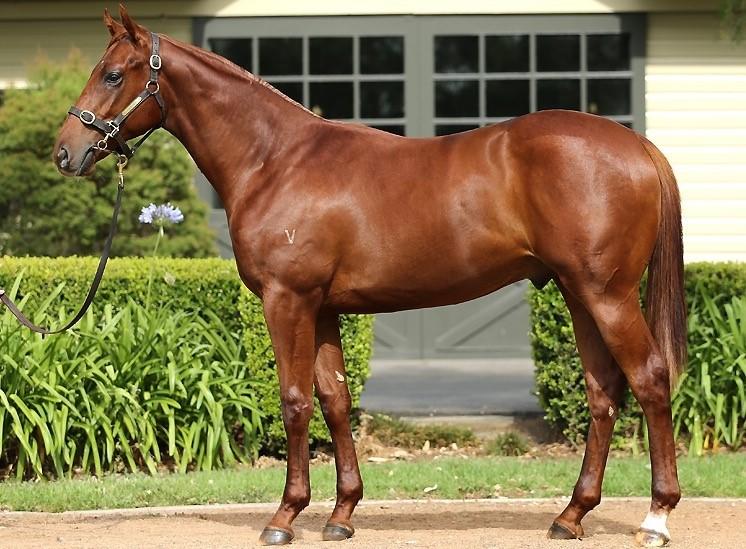 Powerful All Too Hard colt Allied Power broke through for an impressive maiden victory in the $30,000 Debortoli Emeri Pink Plate (1100m) at Gosford on May 4.

After a slow getaway, Allied Power was a whopping 10 lengths off the leaders 300 metres in to the event, however that didn’t deter pilot Mitch Bell who simply bid his time, cruised around the field at the 400 metre mark and careered away for an explosive two length victory ahead of Oakfield General.

Unplaced at his first three starts, Allied Power finished midfield in the Golden Gift at Rosehill on debut in November and then struggled behind Goodfella on a Heavy 9 at Canterbury on December 16 before going out for a spell. The winner of that race however, Goodfella, went on to place at Group 3 level at Eagle Farm before clocking fourth in the Magic Millions 2YO Classic, just edging out Snowden Racing’s gun colt Invader who of course tasted victory in the Group 1 ATC Inglis Sires (1400m) at Randwick for the same group of connections as Allied Power.

“He appreciated the better going today,” said stable spokesman Des Fisher.“He was a bit further back that we planned but it just shows how good the form was out of his earlier races.

“He’s a nice type and the boys are sure to find another suitable race for him.”

Racing in the red and yellow colours of China Horse Club, the aptly named chestnut colt is also owned by Newgate Farm, Aquis Farm, Horse Ventures, and Winstar Farm and was purchased out of the Vinery Stud draft (pictured here as a yearling) at the 2016 Gold Coast Magic Millions Yearling Sale for $470,000.

The well-bred son of Black Caviar’s champion half-brother All Too Hard, is out of Perth’s Group 2 Karrakatta Plate winner Night War, which is also the half-sister to More Than Ready’s dual Group 1 winner Samaready, her career highlight taking out the prestigious Blue Diamond Stakes (1200m) at Caulfield.