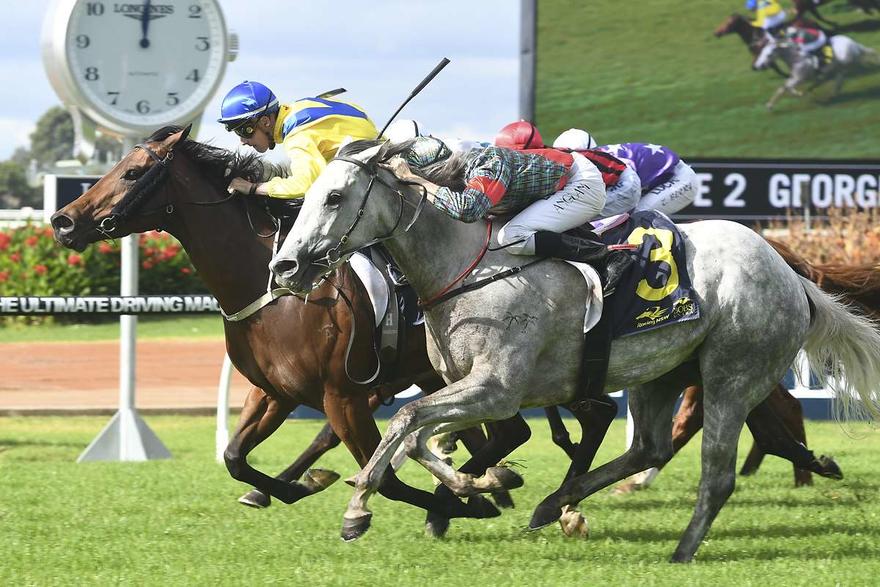 Apprentice Nick Heywood rode a patient race on an unsuitably soft surface, giving the Northern Meteor filly every chance of having the last crack at them in the home straight when she held on for a narrow, but brave victory over race-favourite White Moss.

Co-trainer Peter Snowden said he almost scratched the Sheikh Mohammed bin Khalifa al Maktoum-owned three-year-old because of the ground however concluded the wet tracks were unavoidable.

"I almost scratched her but I thought we would probably have a wet track next week and Brisbane is out of play because of the wet up there.

"It is a well-deserved win. She never runs a bad race but it's hard because she is track dependent.”

Quick Feet’s last victory was on debut in November 2015 however Snowden pointed out she had run a couple of good thirds in Group races won by two top quality fillies in Omei Sword and Foxplay, so had the class factor.

"She’s performed against top company against her own sex so I wasn’t surprised to see her win.

“It's a toss-up whether she goes to stud or races on but it's good to get a win for the sheikh because he is a big supporter of the stable.”

From just 12 career starts, Quick Feet has won twice and placed twice for almost $270,000 in prizemoney.