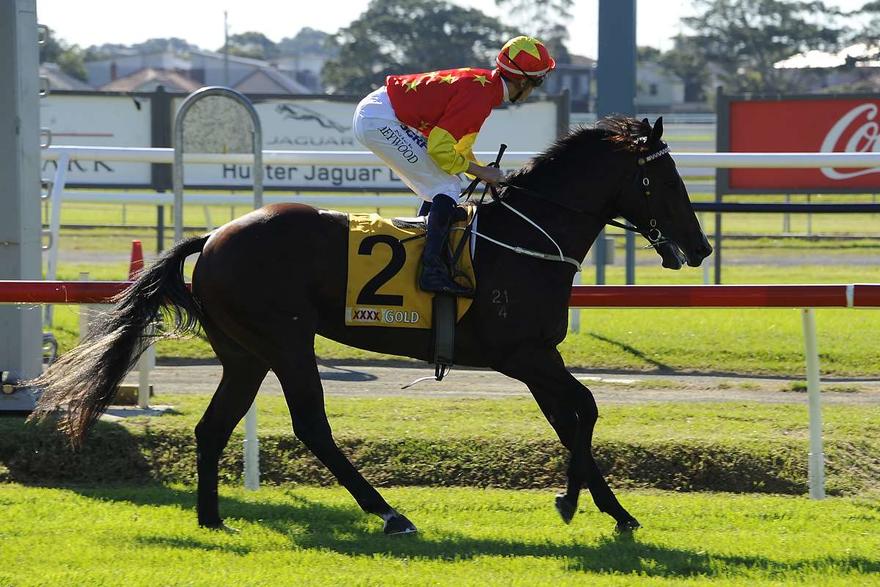 Snowden Racing’s talented apprentice rider Nick Heywood scored a winning double for the team when he steered Bint Snitzel and Bull Market to victory at Newcastle on May 27.

In addition to that however, the Wagga-born-and-bred 21-year-old had a day to remember when he claimed a further three races (Hunter Caulfield, Paris For Me and Fratellino) to produce a career best five winners from just eight rides with a second and a third placing to boot.

In the opening event, Sheikh Mohammed Bin Khalifa Al Maktoum-owned filly Bint Snitzel jumped well and settled beautifully after a few strides to land one off the fence and behind the leader. Heywood went for home at the 300 metres and held off Mo The Great by a good neck in the $30,000 StrathAyr 3YO Maiden Handicap (1400m).

Next up was Bull Market in $30,000 National Jockeys Trust 2YO Maiden Plate (1300m) who handled the pressure of the early hustle and bustle of front runners with maturity to slot in three wide. Carrying the familiar colours of China Horse Club, the Written Tycoon colt simply powered away and held on for a half neck victory ahead of Organza.

Co-trainer Peter Snowden was most pleased with the performances of both runners and of course with effort of Heywood, who’s steadily making a name for himself in New South Wales.

“Both horses are only lightly raced so it’s nice to get the maiden wins for their respective connections. Nick did a good job out there today.

“He got them positioned nicely, rated them well and therefore gave them every chance.

“He’s a nice young kid who continues to improve every day and we hope to see him succeed.”