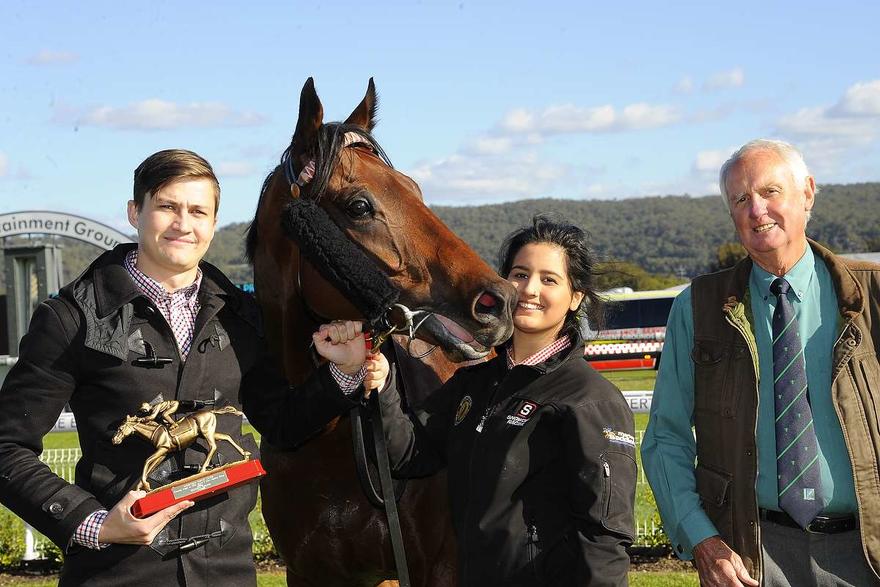 Emperor’s Way made no mistake in defeating six rivals to shake off his maiden tag at Gosford on June 2.

The son of Roman Emperor stepped up to a mile for the first time after unfortunate defeats over 1400m on his last two starts, and clearly relished the extra distance.

The early pace installed by Baltic Prince jumping from barrier 1 was to the benefit of the market principals, however when his challenge evaporated on the turn for home Emperor’s Way was forced to make an early charge for the line, but found just enough to deny the well-backed Thai Boxing for the Chris Waller stable.

Co-trainer Paul Snowden was thrilled for the three-year-old to claim a deserved victory for his delighted owners, and said there’ll be more to come from him as he is not yet the finished article.

“It was exciting to see because he hasn’t had a lot of luck,” he said. “He’s run in some muddly-run races but I was pretty confident he could get the job done today.

“He’s going to get out to a lot further than what we saw today and he’s definitely a work in progress. The penny hasn’t dropped with him yet and we’ll see a lot more as we get him out to 2000m and beyond.”

Tye Angland, who rode Emperor’s Way on his previous start at Warwick Farm, was relieved to have hung on for victory. “He got there a bit too early for him as he tends to float a little bit, but it was a good win,” he said.

“He was unlucky last time and he’s brought that form here today.”