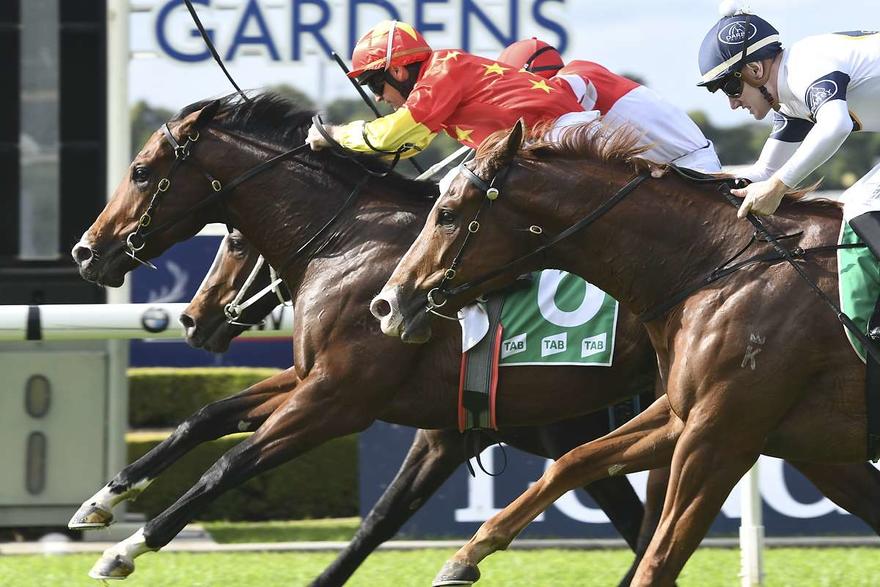 Silence backed up his promising talent with a second career win when he took out the $100,000 TAB 2YO Handicap (1200m) at Rosehill Gardens on June 3.

With an appreciation for getting back onto a good surface and a solid tempo up front, the Foxwedge colt bounced earnestly out of a wide barrier, settled midfield and pounced on rivals in the home straight when asked to quicken by Glyn Schofield to score by a head over race-favourite Intrinsic.

“He is very genuine and won very well first-up at Newcastle over 900m running time but he found two soft tracks at his next two starts so back on top of the ground was a plus for him today,” explained co-trainer Peter Snowden.

“He has done a great job to win two out of four in his first prep. As a three-year-old he’ll come into his own and make a nice horse.”

“I was confident that I could bide my time and pounce when I needed to. I fought off the challengers late for a good win.

“He has got a lot to like about him. He has speed, a bit of guts and has won a Saturday race now so onwards and upwards,” said Schofield.

“There aren’t many that turn them out in better shape than Peter and Paul Snowden so you always go to the races for them with a bit of confidence and this horse gave me a good bit of confidence going down to the barriers too.

“He was in a really good frame of mind for a colt.”