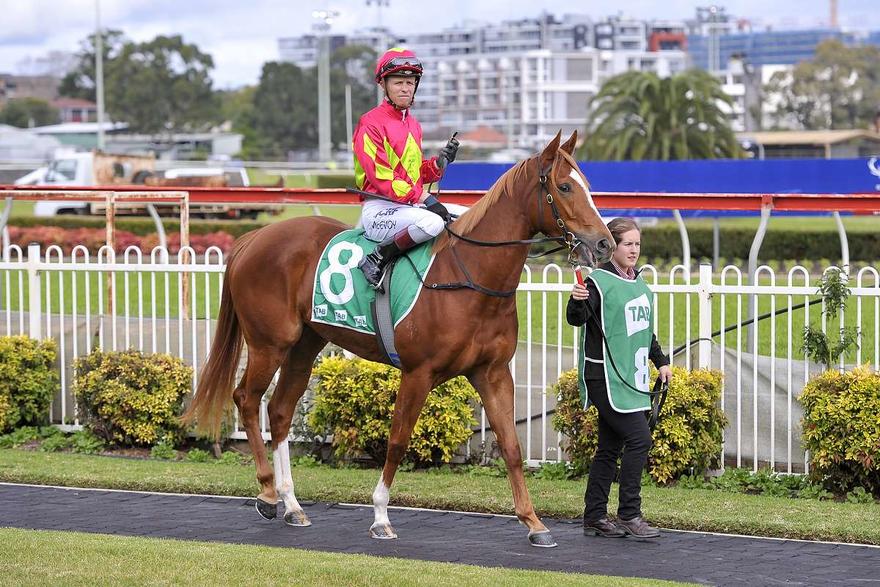 Promising filly Star Galaxy made an impressive debut in the $40,000 TAB Rewards 2YO Maiden Plate (1100m) at Canterbury on June 14.

Unbeaten in two previous trials, the daughter of Star Witness was slow away and trailed the field for most of the event however made up considerable ground late along the inside alley for a patient Kerrin McEvoy and scored by head over Noviero.

“She’s usually pretty quick out the gates to get a position but today took her time. Kerrin didn’t panic though and let her get confirmable before urging her on when it counted,” explained co-trainer Peter Snowden.

“The way she attacked the line was impressive. She’s not the biggest filly out there but sure makes up for it in attitude.”

A $70,000 Inglis Classic purchase for James Harron Bloodstock from the Rosemont Stud draft, Star Galaxy is the first foal of metro winning Not a Single Doubt mare Jackpot Queen, who comes from a family of slick sprinters including current Group 2 winner In Her Time, according Breednet.