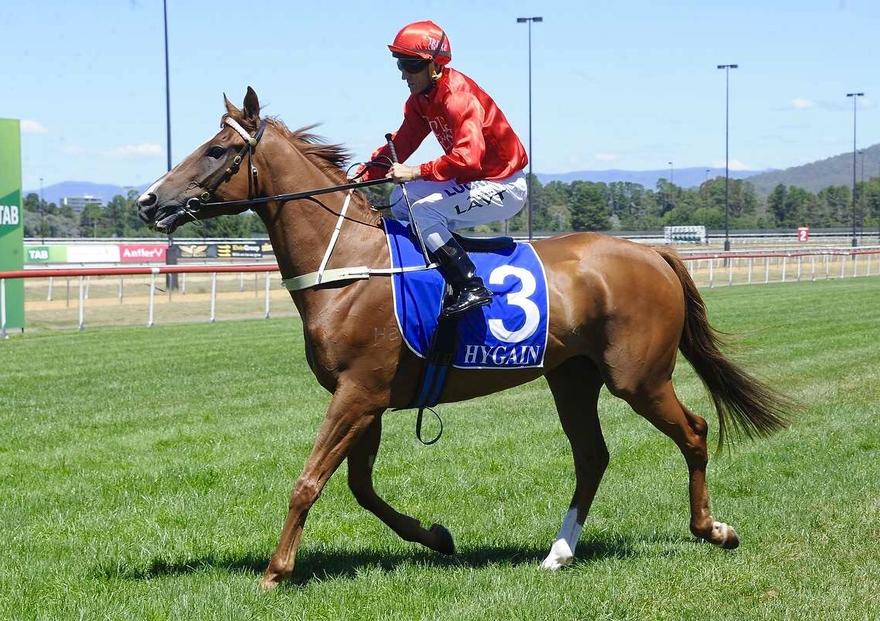 Race-favourite Steyne resumed in fine fettle when he won his third consecutive race in the $30,000 Westfield Kotara CG&E Class 2 Handicap (1350m) at Newcastle on June 22.

Ridden by Tye Angland for Triple Crown, the gutsy son of Snitzel settled just off a slowly set pace, before he moved off the fence and progressed to the front at the 150 metre mark to easily hold the fast finishing Plaisir.

Co-trainer Paul Snowden was always confident the four-year-old would put in a top effort and take further improvement from the run.

“He was dominant today and I was always confident heading in to the race. It’s a taken a bit of time because he’s had injury and been on the sidelines for a while, so he’s still maturing. He clearly has ability though and will take a lot of improved fitness from that win.

“We’ll get him up to a mile in time but we’ll take it race by race because it’s about keeping him sound,” added Snowden.

Angland, who didn’t plan on being exposed as early as he was in the run, said the gelding fought on well.

“He got going earlier than I would have wanted but those were the cards we were dealt. He fought well when he had a good look around.

“It’s a long straight at Newcastle but I’m glad he picked up and went well to the line.”