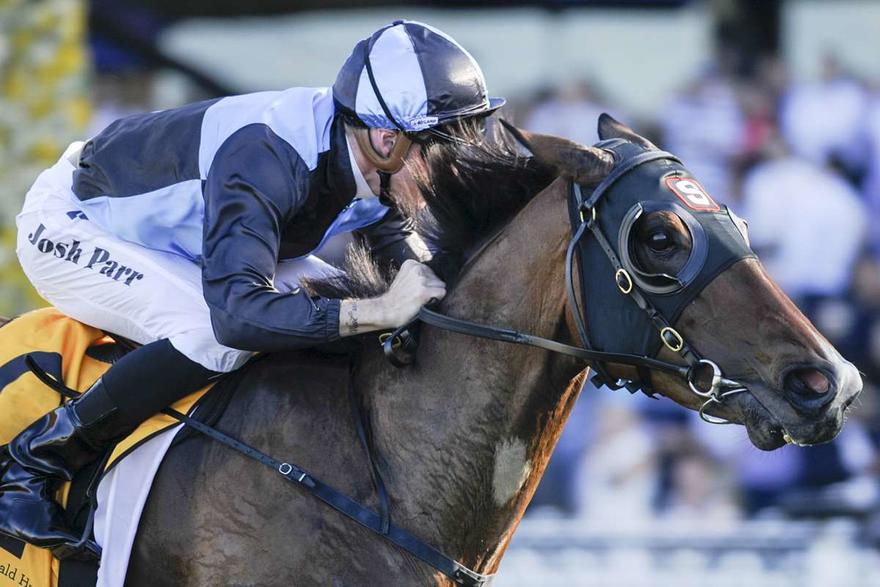 The Peter and Paul Snowden training partnerships have ended their Brisbane winter campaign the way they started it by winning a Group 1 race at Doomben.

Tycoon Tara ($19) led for most of the way and battled strongly to beat Prompt Response ($8) by a long head in the $500,000 Tattersall's Tiara on Saturday, with unlucky favourite In Her Time ($2.70) three-quarters of a length back in third place.

It was the second Group 1 of the winter for the Snowdens, who won their first with Redzel in the Doomben 10,000.

The Tiara was the final Group 1 of the Australian racing year and it gave the Snowden’s their fourth and jockey Kerrin McEvoy his ninth for the season.

Peter Snowden admitted Tycoon Tara had almost been sent for a spell after she finished seventh to Prompt Response in the Dane Ripper Stakes two weeks ago.

"But I had another look at her this week and she was the best I had seen her look for a while," Snowden said.

Tycoon Tara was originally trained in Melbourne by Simon Wilde and came to Snowden at her previous preparation.

"She showed a lot of ability at her first preparation for us and won up to Group 2 company. She has regained that sort of form today," Snowden said.

Tycoon Tara's future is now up in the air and she has now gone past $1 million in prize money.

"The connections might want to press on. But she is rising seven years and a Group 1 win is a good way to hang your hat. But we will have decide whether she goes to stud or races on in the next few days."

"Tycoon Tara showed plenty of gate speed and then we were able to get a good run from there," McEvoy said.

"That puts the cherry on top for the season."

Tom Berry, who rode Prompt Response, said he thought he was going to win in the straight but the winner found another gear.