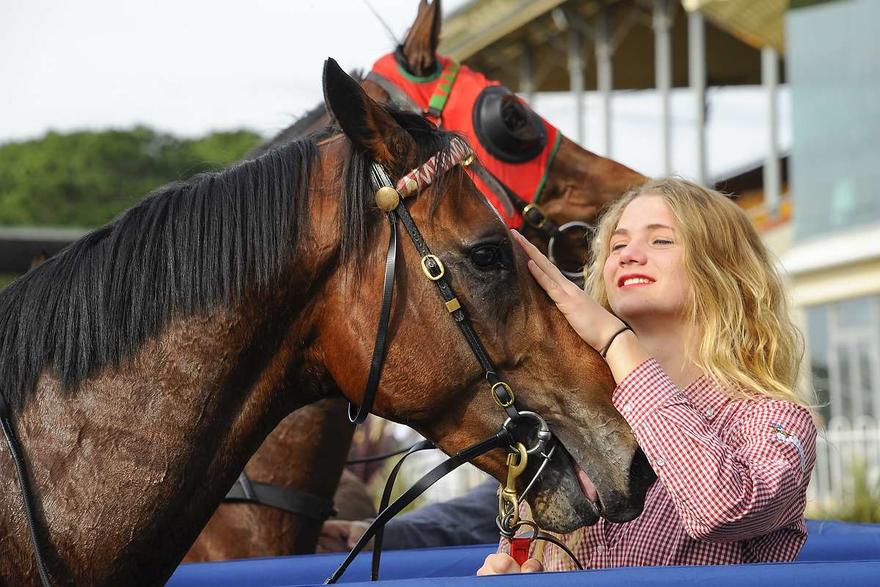 Promising colt Hypnotist remains unbeaten as he scored an impressive second career win in the $30,000 CG&E Class 1 Handicap (1250m) at Newcastle on June 27.

The son of Snitzel jumped up to a Class 1 event against older horses since his maiden win at the same track on February 16 and passed with flying colours.

Ridden by Kerrin McEvoy, who continues his rich vein of form, Hypnotist broke from the outside barrier, settled near the tail end chased down the leaders in the home straight which also saw him overcome a knock from Deangelo at a crucial point of his run to score victory from Tip Top by almost a length.

Co-trainer Paul Snowden was pleased with the colt’s determination to get to the job done.

“He’s naturally still learning what it’s all about but he certainly knows where the winning line is and that was a good patient ride by Macca.

“He was determined to beat the other horses today and didn’t seem bothered by that little knock he received in the concluding stages either, which is great - that’s what you want to see.

“I think the connections will have some fun with him,” added Snowden.

As reported by Breednet, Hypnotist was purchased at the 2016 NZB Premier Yearling Sale from the Highview Stud by James Harron Bloodstock for $240,000.

He is the first winner for unraced Pins mare My Amazing Dream, a sibling to stakes-winners Kiss Me Ketut, Fast Love and a Chance to Dream and is one of 149 winners this season for Snitzel, who is powering to his first Champion Australian Sire title.