​Strike While Iron Is Hot 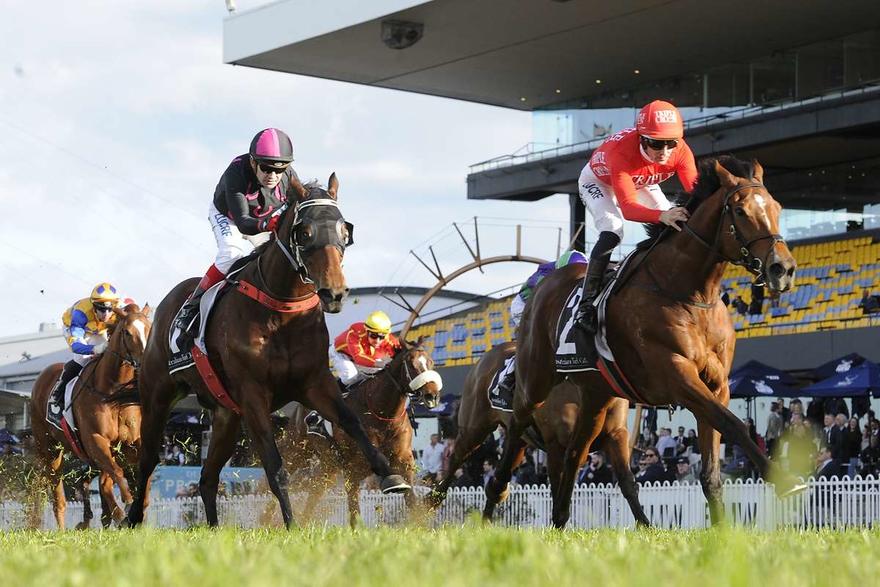 Gold Symphony is racing in career-best form — so why spell him now?

This was the reasoning of co-trainer Paul Snowden after Gold Symphony’s stunning surge from back in the field to take out the $150,000 Listed Civic Stakes (1350m) at Rosehill Gardens on July 1.

Snowden said Gold Symphony handles all track surfaces but is particularly effective on soft and heavy conditions which are so prevalent at this time of year.

“When he gets on wet tracks that is to his advantage,’’ Snowden said.

“He is racing in great form, he has been all year and we will just keep him going, see if we can find another suitable race for him. At this time of year you strike while the iron is hot.’’

Gold Symphony ($5.50) collared gallant front-runner The Monstar ($9) near the line to score by a half length with Slightly Sweet ($16) 1½ lengths away third.

The talented sprinter was going into the Civic Stakes after a very good sixth in the Group 1 Stradbroke Handicap behind Impending and appreciated the drop in grade.

“Gold Symphony was held up at a vital stage in the Stradbroke and had to wait for Impending to go before he did — and he’s a massive momentum horse,’’ Paul Snowden said.

“He finished alongside Clearly Innocent who we know is a Group 1 winner himself. But today there was a nice, genuine tempo for most of the way and Hughie was able to get out at the 600m.

“Since this horse was gelded two ‘preps’ ago he’s really come of age and is racing in good heart — and he can get through a rain-affected track like it’s a good (4).’’

The father and son training partnership have prepared more than 130 winners this season, four at Group 1 level for stable earnings of more than $11.3 million. Redzel, owned by Triple Crown, is one of the stable’s major race winners, taking out the Group 1 Doomben 10,000.

Bowman is having a season to remember, his treble on Saturday putting him back into Sydney premiership contention to cap his 16 Group 1 winners, including six majors on the mighty mare Winx.

Triple Crown’s Michael Ward said Gold Symphony is starting to realise the potential he showed early in his race career.

“He showed a lot of promise but then lost his way a little bit,’’ Ward said. “But since he has been gelded he has really found form. Peter and Paul kept telling us this horse had gone to a new level.’’

There is a possibility Gold Symphony and runner-up The Monstar could have a rematch in the Ramornie Handicap at Grafton on July 12.