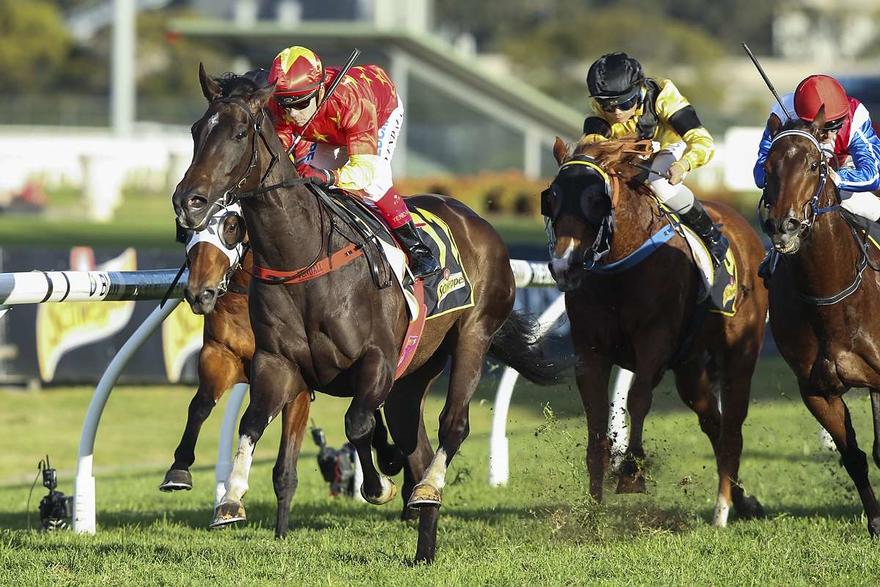 Calanda has convincingly brushed aside luckless runs at the Queensland winter carnival to give Peter and Paul Snowden back-to-back victories at Rosehill.

The three-year-old gelding followed Listed Civic Stakes winner Gold Symphony into the No.1 stall on Saturday by taking out the $100,000 Schweppes BenchMark 92 Handicap (1100m) by 1-1/4 lengths.

Co-trainer Paul Snowden was always confident Calanda ($4.60) could bounce back in Sydney after a trip north resulted in sixth and ninth placings in the black-type Daybreak Lover Stakes and Fred Best Classic, respectively.

"If you watched his Brisbane races closely he was pretty much a victim every time he went around," Snowden said.

Calanda had no problems on Saturday as Victoria-based jockey Dean Yendall found smooth running from barrier four before kicking his mount clear over the final 150m.

Race-favourite Sir Plush was second and $26 outsider Highly Geared was a short half-head back in third for Garry Kirkup.

"Off a really good tempo, with two or three horses going forward, he was always going to get a nice sneaky run in behind them," Snowden said.

He thought Calanda was capable of scoring again over winter, providing the race panned out as required.

"When he can get some speed in a race he can definitely hit the line the way he did. The key is to get him to relax and he can rattle off a good section late."