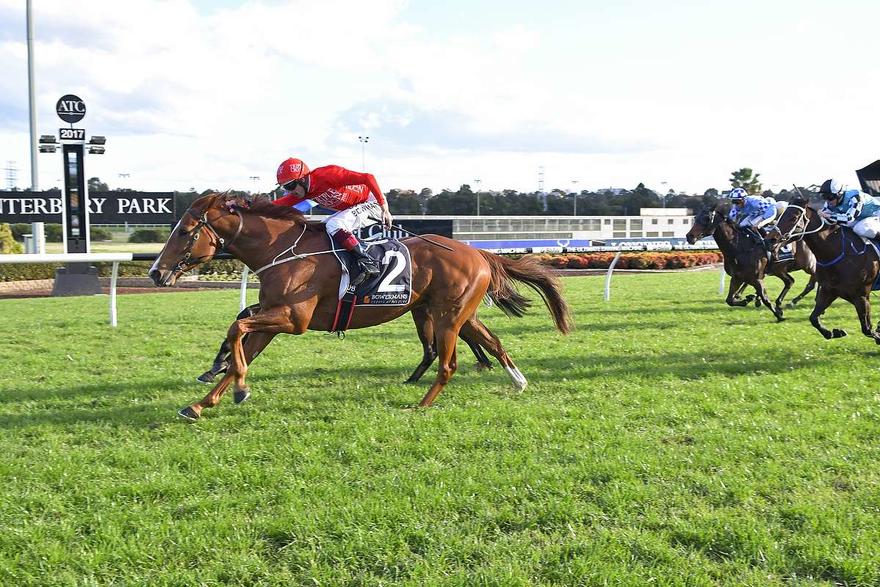 Triple Crown's Steyne scored his fourth win in succession when he valiantly got up on the line to win the $40,000 BenchMark 70 Handicap (1580m) at Canterbury on July 5.

Sent off the $2.05 favourite, Steyne gave himself some work to do entering the straight, however he showed his undeniable class in running down Live To Dream in the closing stages.

It has been a remarkable run of form for the son of Snitzel since his return from a tendon injury sustained 18 months ago. In five starts this year he has recorded four impressive wins and a mightily unlucky second.

A masterful ride from Hugh Bowman secured the victory on this occasion and a second win for the day for the stable.

Co-trainer Paul Snowden was delighted with the consistency of Steyne and credit goes to the Snowden Racing team for the excellent placing of the four-year-old. "He's a winner isn't he," said Snowden. "That's the win of the day as he had a lot of ground to make up turning for home.

"Horses coming from that far back today certainly weren't figuring much in the finish.

"Hugh stayed cool and calm as he cut the corner which proved the winning move.

"He's done tremendously well since returning from his tendon injury. The rehab programs that get them back to the races are superb and he's a beneficiary of that.

"He'll step up in trip in time but maybe we'll look towards another race at the mile to try and consolidate him."